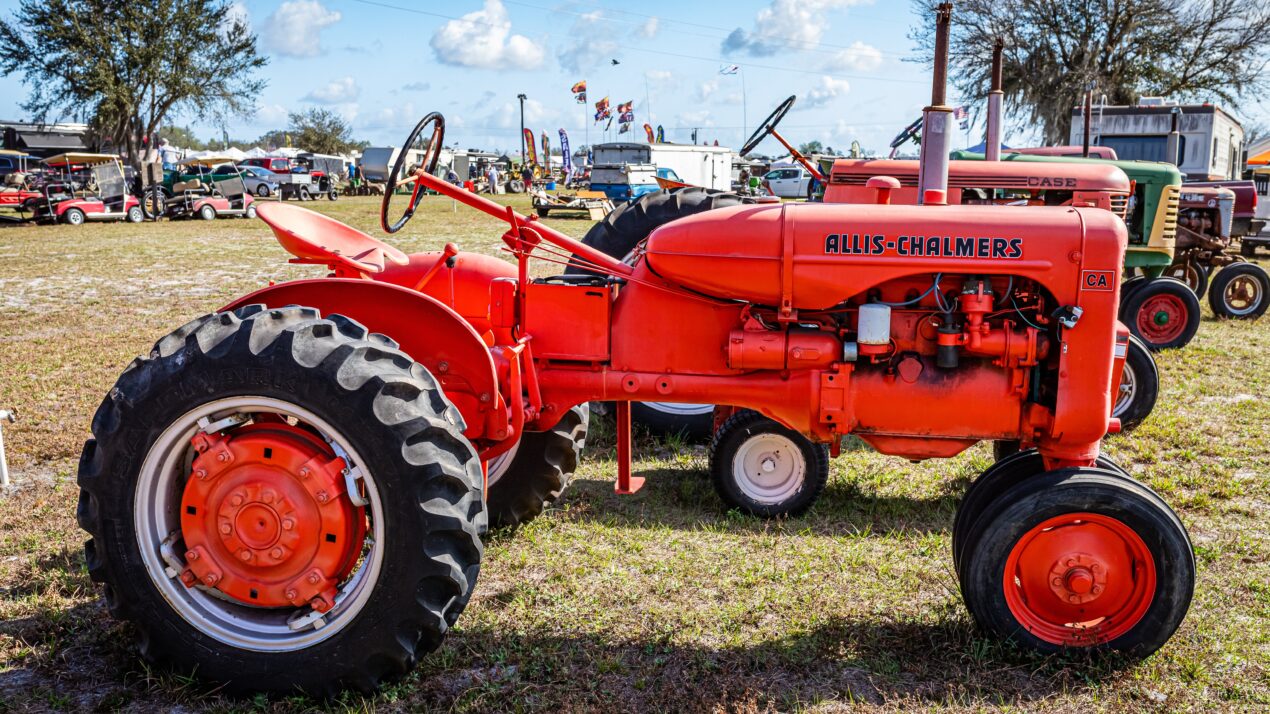 The Badger Steam and Gas Engine Club will be hosting the Gathering of the Orange, August 19-21 in Baraboo. There will be a tractor parade on Friday morning and fun for the whole family.

Mark Frey, Allis Chalmers enthusiast and Badger Steam and Gas volunteer shares more on what the Gathering of The Orange Feature is and the connection with Allis Chalmers.

Every year the Badger Steam and Gas show has a tractor that they feature. This year they are working with Allis Chalmers to put on the Gathering of the Orange (GOTO).  Allis Chalmers has their hand in a lot of manufacturing from chainsaws to refrigerators to dam generators producing electricity.

Allis Chalmers was made in Milwaukee from 1901 to 1985 with the last of the offices being dismantled in 1999. Frey adds that his dad was born and raised on Allis Chalmers as was he so that was the driving factor in him spearheading this feature.

“From a young age, I remember driving the tractor as the rest of my family was picking up stones,” says Frey. “I’ve always enjoyed tractors from a young age and Allis Chalmers was my brand.”

Allis Chalmers started in the 1800s and has evolved over time from steam engines to gas combustion engines and then into diesel engines. Some of the tractors you see today can trace their history back to Allis Chalmers.

Frey adds, “Badger Steam and Gas tries to feature what it was like back in the simpler times when there were steam engines. Allis Chalmers  was a big industrial giant at that time and was the innovator in a lot of machines and implements that farmers used to make their production better. We try to tie that into the feature and show people how things worked 50 to 100 years ago.”

Attendees will come from all over for the event including Iowa, Illinois, Minnesota, California, Kentucky, and even Canada. You can bring your tractors to the show and enjoy food vendors, saw mill and silo filling demonstrations, and much more August 19-21 in Baraboo.

More information on the Badger Steam and Gas Feature can be found here.