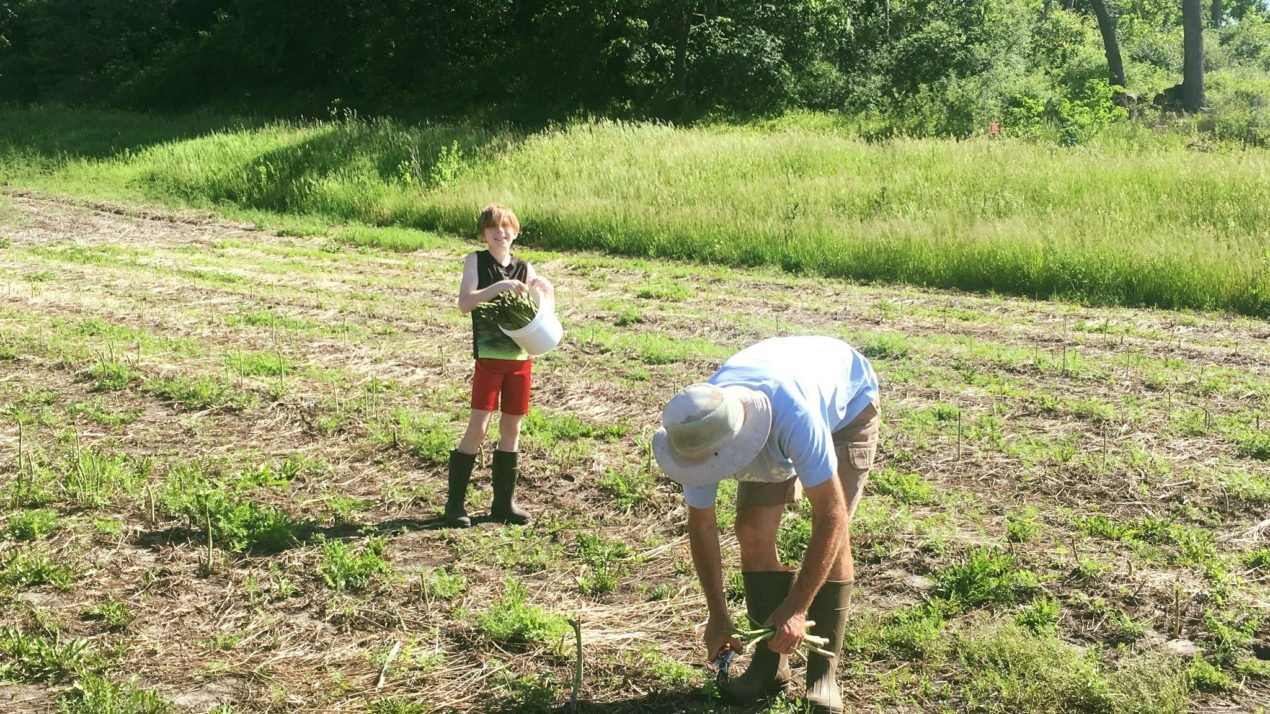 At first, it seemed like spring would never get to Wisconsin. Then suddenly – it was summer!

The crazy weather patterns have kept many Wisconsin farmers guessing about what was coming next – including our strawberry growers.

Ed Bures from Bures Berry Patch in Barneveld has his eyes on a lot of different projects on his farm that sits in a beautiful valley off Highway 151. Bures and his wife, Kathy, are normally poised to have everything explode at once, and that’ basically what happened.

Bures said they were initially monitoring their asparagus patch for signs of spring. He says that asparagus generally take a little while to warm up and get growing, but with the sudden surge in temperatures (90 degrees in south central Wisconsin) – aggressive picking began!

Bures says it’ll be a little while before he can comment on how the strawberries are coming on. From his early observations he says things look good. Customers might want to prepare for a slight uptick in prices this year. Bures said many components of their operation have witnessed increased costs. “My fertilizer bill this year is threefold what it was last year,” according to Bures. He said he empathizes with growers that are experiencing that escalated cost across more acres then he’s managing.

You can keep up on what’s happening at the Bures Berry Patch.