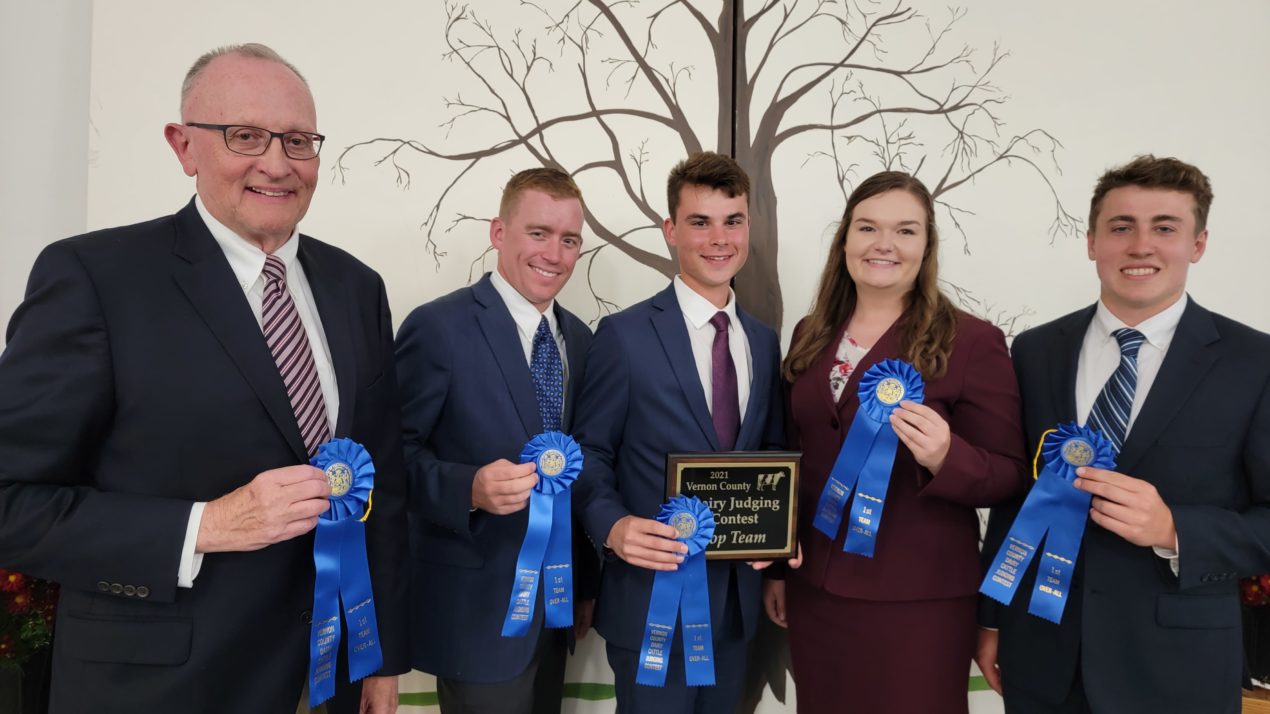 Fourteen teams traveled to compete from five states across the U.S. The Vernon County Fair has supported this contest since its start. Vernon and Monroe County youth exhibitors provided their expertise in leading the animals for each class so that competitors could view the cattle from all angles.