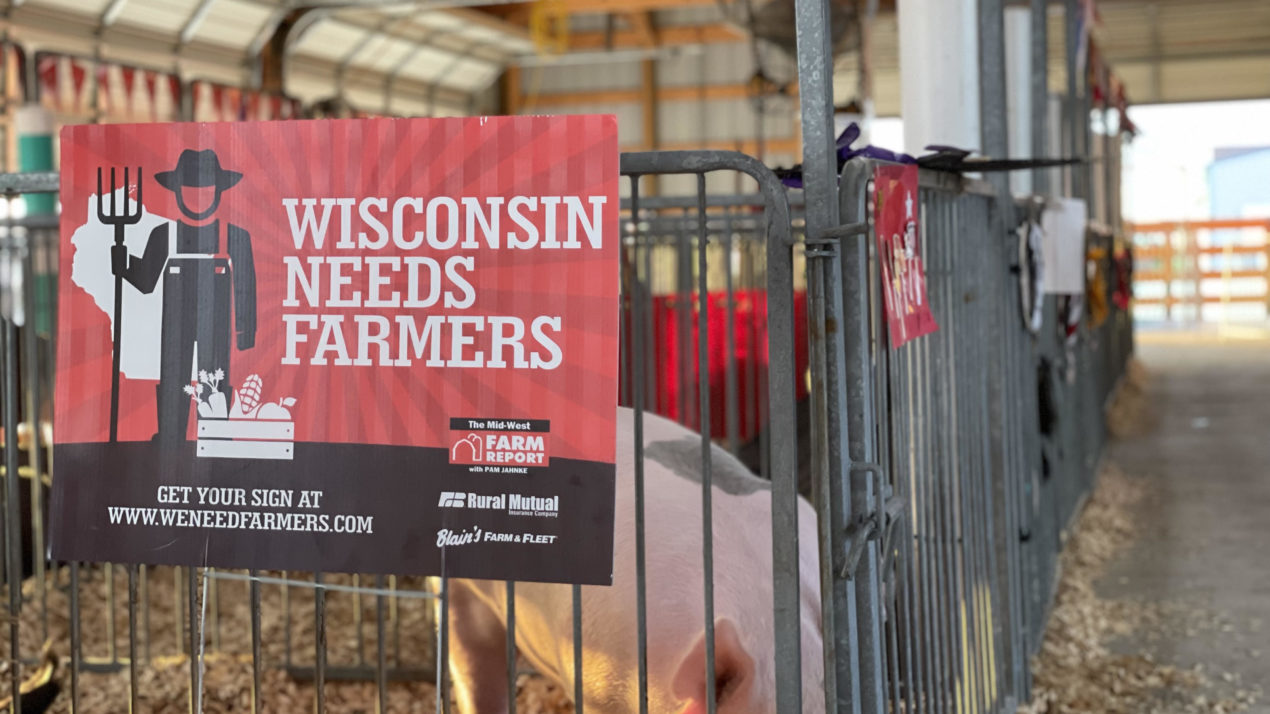 While sale numbers were up, animals were down. Having a year without the fair may have deterred exhibitors from showing animals, Thom says.

Jennifer Skibba of Pleasure Valley Farms in Sheboygan County shares how she cares for her pigs, ducks, and goats and teaches them to race. In addition to traveling to county fairs across the state with her racing farm animals, her family farm also produces pumpkins.

The Country Roots 4-H Club members used the Wisconsin Needs Farmers yard signs and t-shirts in their fair decorations. Mackenzie Mattke, the proud owner of the grand champion hog, says farmers provide everything from fuel to the food on our tables. Mattke also shares how she felt when the fair was canceled last year.