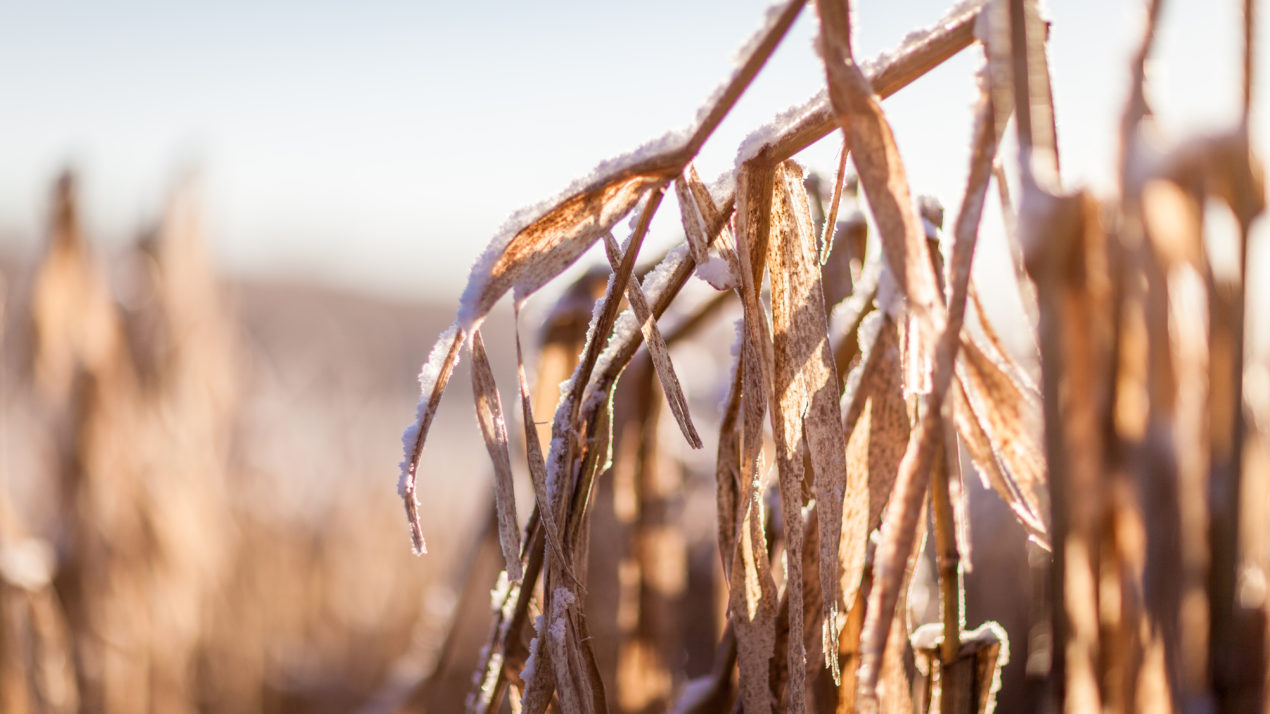 Wisconsin had 3.2 days suitable for fieldwork for the week ending October 25, 2020, according to the USDA’s National Agricultural Statistics Service. Temperatures were well below normal this week with highs in the 30s on multiple days. The corn and soybean harvests moved quickly at the beginning of the week but were interrupted by a large, slow moving storm system on Thursday and Friday. Northern Wisconsin received up to 6 inches of snow.

Central and southern Wisconsin saw heavy rain with storm totals over 5 inches reported in some areas. Much of the state received an additional dusting of snow on Sunday. Though snow cover melted quickly, wet soils limited access to fields in many areas. Reporters commented that the storm was well timed, however, as fall fieldwork was ahead of schedule and the added soil moisture would benefit crops preparing to overwinter. The cranberry harvest was wrapping up.

Corn for grain harvest was 40% complete, 3 weeks ahead of last year and 5 days ahead of the 5-year average. The moisture content of corn harvested for grain was reported at 21 percent. Corn condition rated 80% good to excellent statewide, up 3 percentage points from last week.

Seventy-one percent of winter wheat was emerged, more than 4 weeks ahead of last year and 1 week ahead of the average. Winter wheat condition rated 81% good to excellent statewide, up 4 percentage points from last week.

Fall tillage was reported as 42% complete, more than 4 weeks ahead of last year and 10 days ahead of the average.