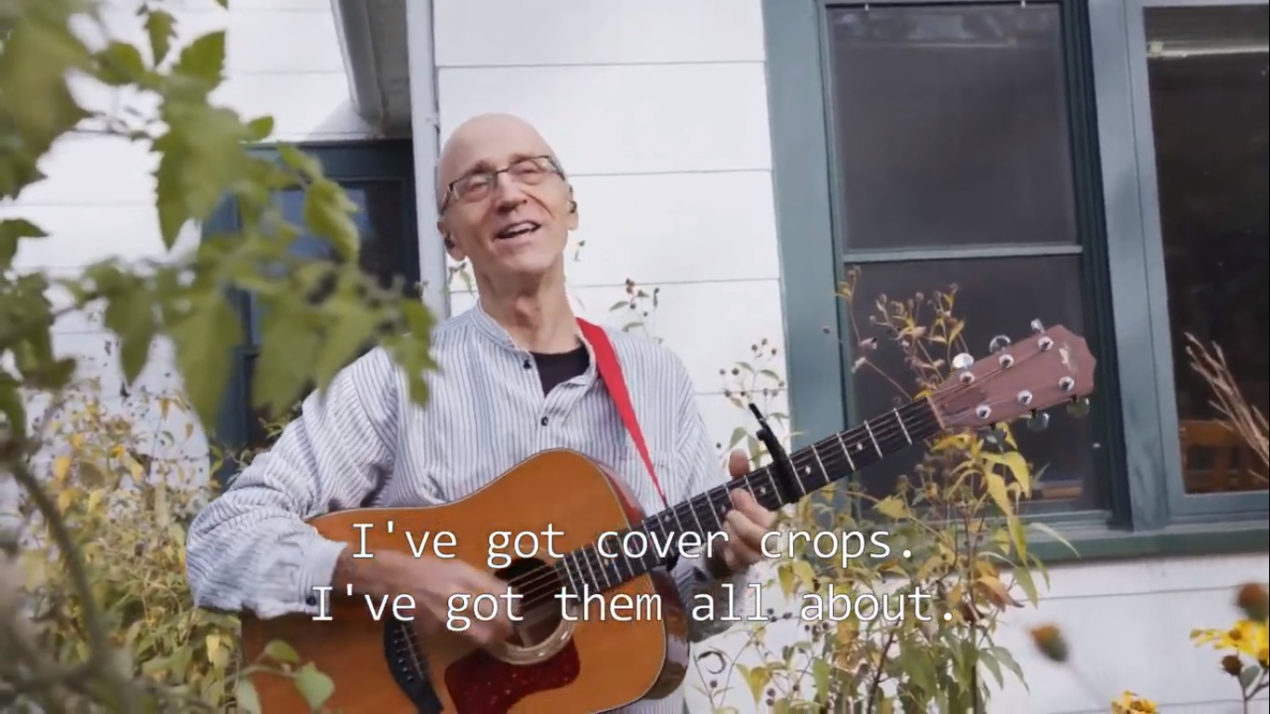 The Land Stewardship Project added a fresh tone to its conservation efforts.

The private nonprofit group based in Minnesota has been working with farmers since its foundation in 1982.

“We’ve been working really intensively on the whole notion of building soil health for both profitability factors and to be able to withstand bad weather,” Doug Nopar, bridge to soil health coordinator, said.

Part of that effort has been encouraging cover crops, no-till, and more intensive grazing. In the past, they’ve used workshops, field days, farm tours, and a soil builder’s network to educate and exchange ideas.

The nonprofit also utilizes videos and fact sheets, but Nopar said it is important to reach people on a more emotional level.

“Especially now with what the dairy has been going through, crop prices, beef prices, the weather, and the virus.”

The Land Stewardship Project turned their message into music. So, they collaborated with musician Bret Hesla to produce songs. Helsa took the task seriously and visited several farms in Minnesota to get a sense of what building soil was about in 2020 and why farmers are so committed to it.

“He very talented musically, and he was able to pull in an ad hoc band that he named “Six Feet Deep” referring to how deep we all love to have our topsoil,” Nopar said.

The first song, ‘Got Cover Crops’ was released on YouTube with an accompanying video.

“This fall is ideal for people to plant cover crops, and I’m seeing them planted all over Southeast Minnesota and Western Wisconsin this year at a rate I’ve never seen before,” he said. “It will be fun to get this song out now.”

The next song that will be released this fall is called ‘Back to Soil.’

Nopar hoped the uplifting songs will help bring people together under a common goal since they cannot gather for in-person activities.

“It is really challenging,” he said. “Our work is really based on face-to-face interaction with farmers and coming together to share information with one another. People feel really isolated.”

They have started some digital events, but look forward to when they can come back together in person.