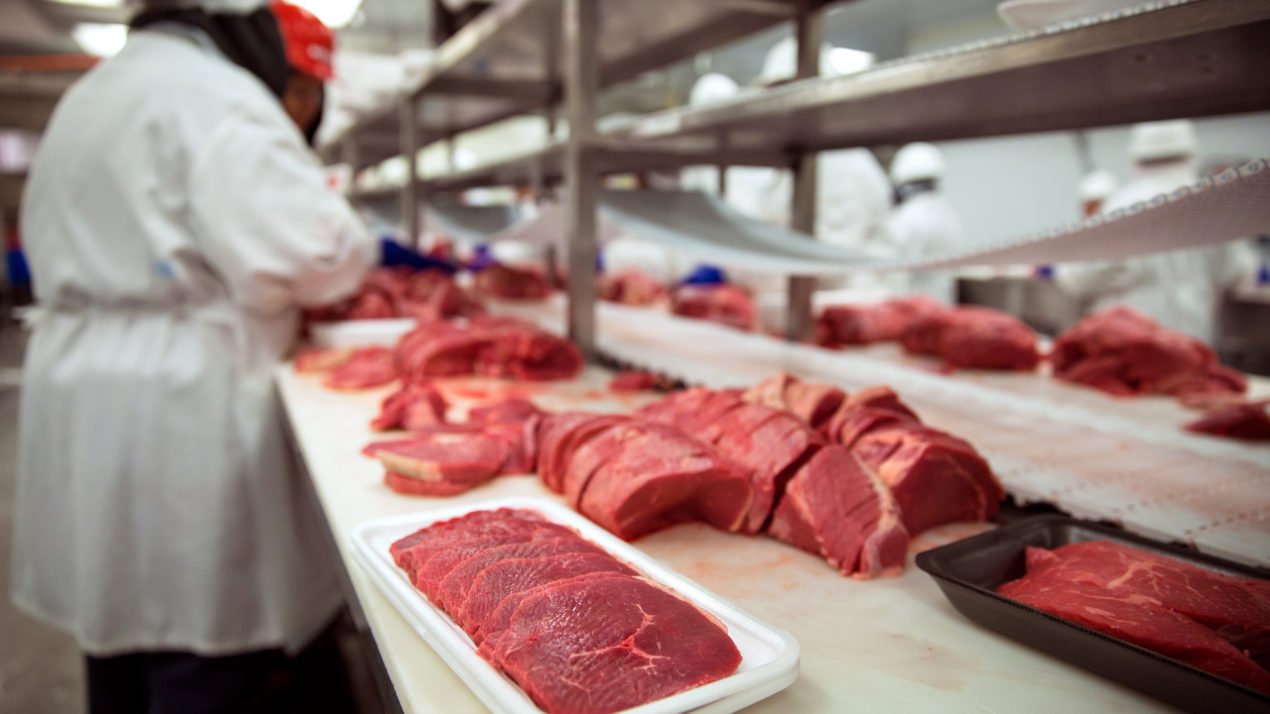 The latest report on beef carcass weights showed the first decrease in several weeks, but only dropping by a pound. The average carcass weight of 877 pounds is 25 pounds heavier than the same week last year. Weekly harvest is decreasing slightly as packers are reporting line speed slowdowns on some shifts due to erratic workforce attendance. Feeder cattle are reportedly bringing the same prices as this time last year, showing optimism for future stability in the fed cattle market .

The hog market hoped for any news this week that could spur prices higher, but there were more losses than wins. Export sales were disappointing at 10,600 metric tons. Sales suffered some order cancellations which resulted in the lowest export sales figure since May. The storms that swept through Iowa caused the number of hogs harvested to be lower than usual for two days this week. The National Pork producers Council is working for an agricultural aid package to be completed by lawmakers that would include direct payments to farmers, payments for hogs that were euthanized due to packing plant closures, and funding for farmer mental wellness. Sow liquidation continues as farms exit the business. While this will tighten supply in the future, it is commentary on the challenges pork producers have met in 2020.

Strong storms ravaged a third of Iowa’s farmland recently flattening corn and destroying grain storage structures. Early estimates are 4 to 5 million acres of corn in Iowa have been damaged. Some corn will be a total loss. The USDA released its August Crop Production report Wednesday (8/12) estimating a record corn and soybean yield. The report is based on crop conditions on August 1, so doesn’t incorporate Monday’s storm damage. Nationally the USDA estimated average corn yield to be a record 181.8 bushels per acre. Soybeans were expected to yield 53.3 bushels per harvested acre. The USDA in cooperation with the Wisconsin Agricultural Statistics Service estimates the state’s corn yield to average 181.0 bushels per acre and that would be a record, beating the previous record of 178.0 bushels set in 2016. Wisconsin estimates are for the second highest soybean yield per acre at 54.0 bushels. If realized it would be bested only by 2016’s 55.0 bushels per acre average yield. Wisconsin corn as of Sunday (8/9) was rated 81 percent good to excellent, and soybeans were rated 83 percent good to excellent. Pasture conditions are slipping and rated 68 percent good to excellent.

■ The July unemployment rate dropped to 10.2 percent compared to 11.1 percent in June. Employers added 1.8 million jobs in July, and that was below expectations and far below the 4.9 million jobs added in June. Twenty-one percent of people surveyed said they would use a second stimulus check to purchase meat. The survey was done by the Chicago research company Information Resources, Inc. Sixteen percent of respondents said they used the first check to purchase meat. A separate study by the Harman Group indicated Americans have not changed their eating habits during the time of COVID-19 disruptions. When and what people eat at meal and snack times has remained the same, but not surprisingly where meals are eaten has changed. At home eating increased by 12 percent to 88 percent compared to the spring of 2019. Meals eaten away from home decreased from 24 percent to 12 percent. Only 4 percent of meals were eaten at restaurants during the time frame studied.

■ Roger Van Hemelryk passed away peacefully Sunday (8/9.) Roger and his wife Patricia founded Maplewood Meats in Green Bay and built it in to one of most respected meat businesses in the state. He and his family have won countless awards for their products. Roger and Patricia were inducted into the Wisconsin Meat Industry Hall of Fame in 2011.