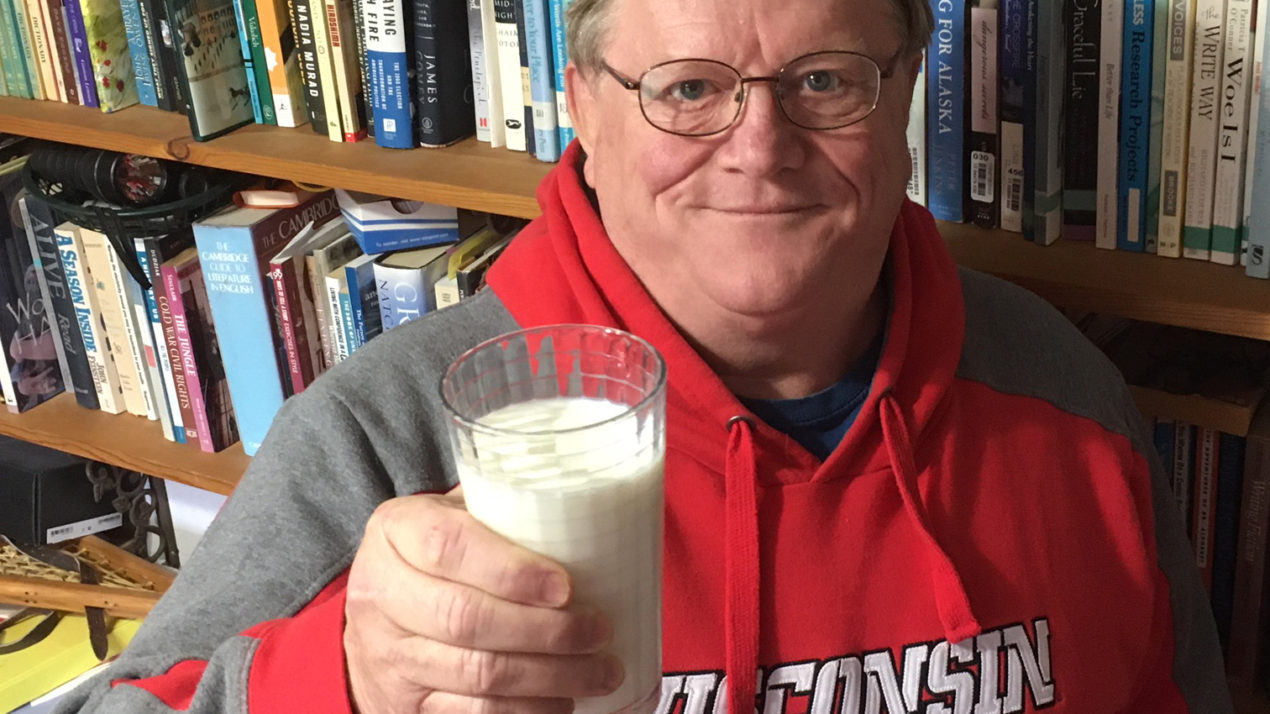 The use of small square bales has dwindled a bit during the past couple of decades, but that doesn’t diminish old farm kids talking about the haying days of their heydays.

That subject came up on this morning’s WAXX 104.5 Midwest Farm Report, and made me realize how high Bob and I can pile it — hay, that is.

Those whose farms depended on small square bales, during a window of about 30 years that ranged from somewhere from the late 1950s to somewhere into the late 1980s, know the summer routine of throwing and piling the bales. Some of it still goes on, with plenty of farms using small squares, but those bales’ uses are much more limited than they were during that relatively short era.

Loading, unloading and piling into haymows a thousand or more bales every day for a couple weeks at a time was common back then. And fortunate were those who had a bale-kicker/thrower to pitch the bales from the baler and into the high-sided bale racks without anyone on the wagon.

Those not so fortunate realized the chaff- and dust-filled world of standing on the wagon behind the baler to pull the bales from the baler’s chute and carefully pile them onto the wagon. That was no easy task for many reasons, the greatest reason being the skill that was needed to keep the bales from falling from the wagon at the next dead furrow or hill.

Loading the hay was, to some, seen as a luxury compared with working in the haymow — there at least being some occasional breeze out in the fields.

Getting a good load onto the wagons was important. That made valuable those who could make a righteous load that reached six bales high.

Loads piled eight-high meant the loader was just showing off or had the help of another fellow to whom the bales could be thrown so high (such loads occasionally bring a bit of chastisement from wagon-owners who were concerned about whether the running-gear could take such a load).

Bob, being a fellow of a few inches taller than two stacked yardsticks, noted on today’s show that he could get the bales up there fairly high. But he said one of his brothers, another fellow of the 6-foot 5-inch ilk, was a master at loading six-high and seven-high.

That brother, Bob noted, was among those sought by neighborhood farmers because of such loading skills.

Summers filled with square-bale haying only are memories, but for a few farms. Making hay these days involves mainly forage choppers, large round bales, or large square bales. Even most who do some small-square baling do it on a relatively limited basis.

But the piling doesn’t stop. As Bob and I agreed this morning, the piling for us won’t be stopping any time soon.