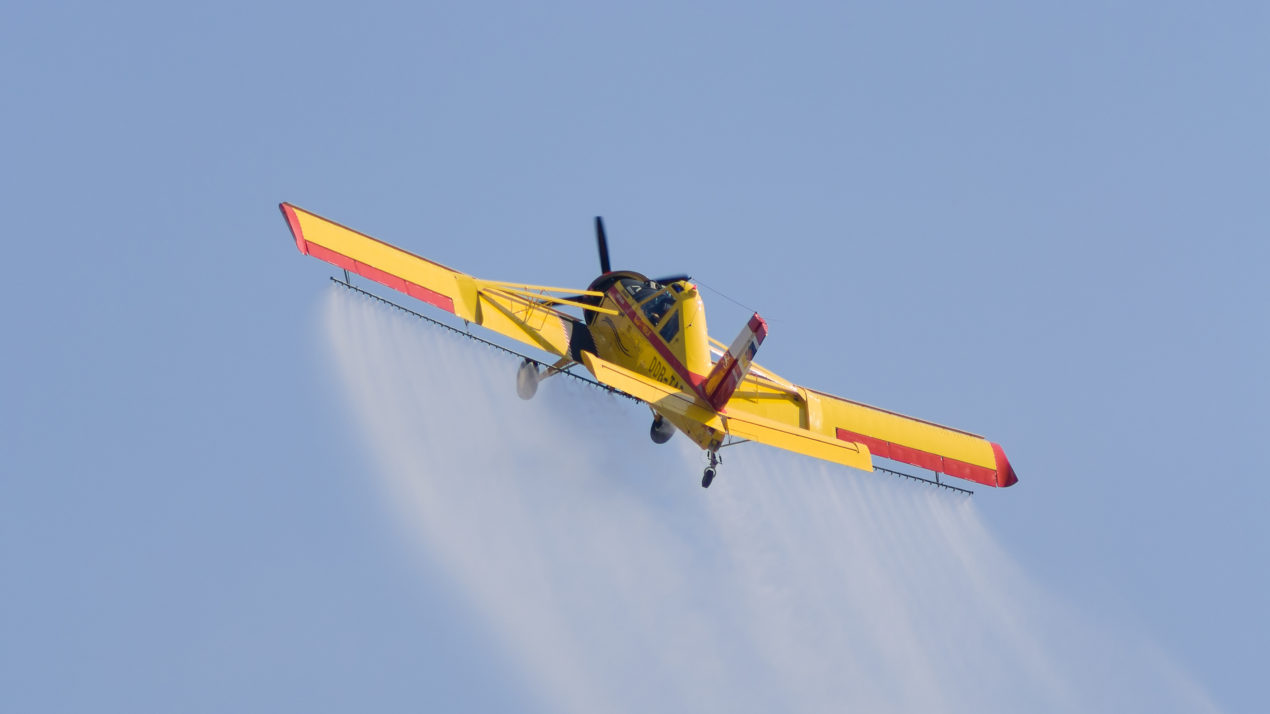 Starting in late June the Wisconsin Department of Agriculture, Trade and Consumer Protection (DATCP) will begin another round of aerial treatments to control gypsy moth in 15 counties. Phase two targets adult male moths, whereas phase one earlier this spring targeted gypsy moth caterpillars. Residents in the following counties can expect loud, low-flying, yellow planes as early as 7 a.m. through mid-July: Bayfield, Buffalo, Burnett, Chippewa, Crawford, Douglas, Dunn, Grant, Green, Iowa, Lafayette, Polk, Rusk, Trempealeau, and Washburn. Efforts in these counties will focus on where gypsy moth populations are low or beginning to build, to slow them from spreading further west.

Planes contracted by the U.S. Forest Service in a joint project with DATCP will apply an organic, biodegradable mating disruptor to 31 sites in the counties in the western third of the state. DATCP will start in southwestern Wisconsin and end in the northwestern part of the state in mid-July. Maps of treatment areas are available at https://datcpgis.wi.gov/maps/?viewer=gm. Dates and times are weather dependent. To receive up-to-date information on treatment plans during the spray season, you can do any of the following:

The gypsy moth has harmful effects on local communities. The cost of removing dead trees can range from hundreds to over a thousand dollars and the loss of mature trees decreases property value. Caterpillars also shed bristly skin that can irritate people’s eyes, skin, and respiratory system.