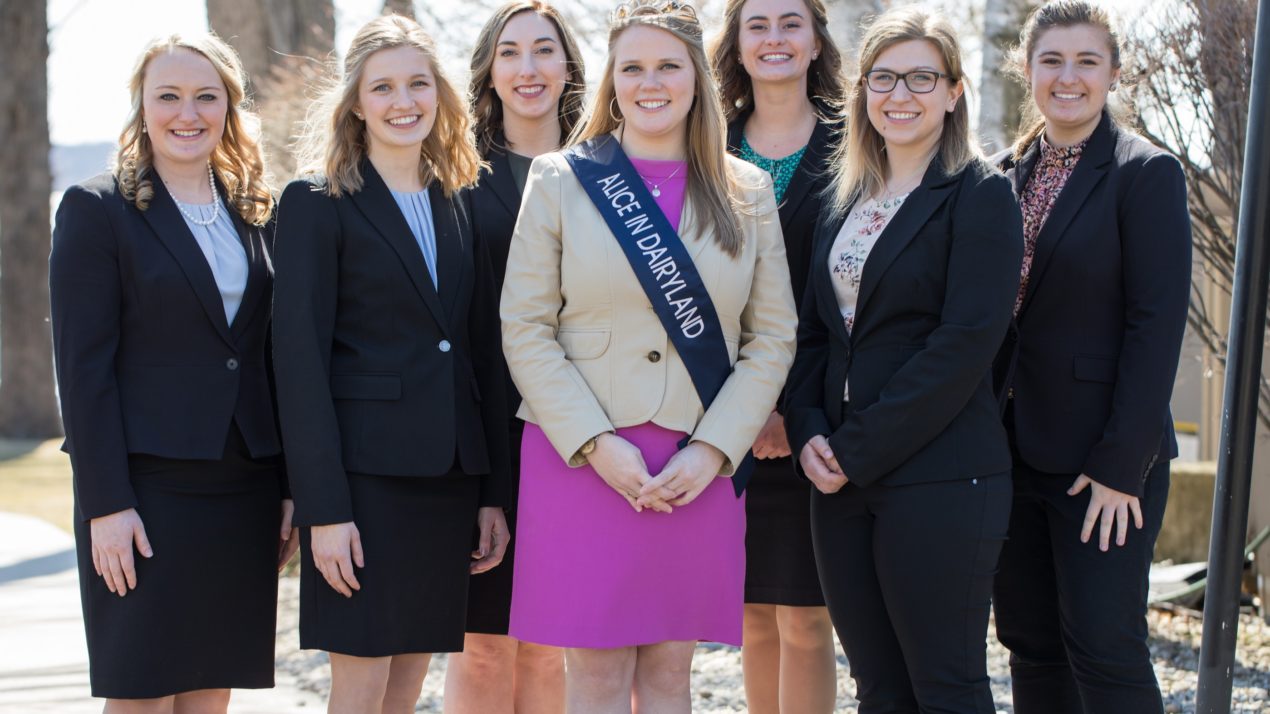 As June Dairy Month approaches, so does the selection of the 73rd Alice in Dairyland.

Alice in Dairyland Finals are typically held by a host county in mid-May with the newly selected agriculture ambassador ready to begin her position in June. Covid-19 postponed plans to June 19-20 and pushed the selection to a virtual format.

The Mid-West Farm Report sat down with the top candidates after they were announced in March and will feature each leading up to the finale.

Stephanie Hoff embraced applying to become Alice in Dairyland as a way to give back to agriculture.

“It gave me a community. It gave me passion, and it has given me female role models in agriculture,” Hoff said. “I want to be that for someone else.”

Hoff was raised on a hobby farm near Thorp where they raised beef cattle, pigs, and fainting goats. She showed pigs at the Clark County Fair and was actively involved in her local FFA chapter as the reporter.

While attending UW-Madison, Hoff was involved in the Association of Women in Agriculture, interned with the Wisconsin Farms Oral History Project, the College of Agricultural and Life Sciences, and the Babcock Hall Dairy Plant. She also hosted a radio show featuring women in STEM fields.

Hoff graduated in December of 2019 with a degree in life sciences communications. Today, she works as a reporter for WisPolitics.com.

“With any topic agriculture, science, health, politics, you need to be able to explain these things to the public and educate them in a way that they understand,” Hoff said. “As a reporter, my skills in reporting and journalism, broadcast, and marketing really does help me get those messages across.”

Hoff joked that that application process reversed her role, putting her on the interviewee’s end of a microphone instead of the interviewer’s, but said it was important to understand both sides of the mic.

Regardless of the outcome on June 20, she was excited for the opportunity to expand her knowledge of agriculture.

“I will carry this with me as I go into a future career,” Hoff said about the application process. “I’m honored to have this opportunity. We all have very unique skill sets. We all have a lot to bring to the table and going on this journey together with five other girls, it is powerful. We will all have very valuable experiences to take with us.”

Keep an eye on the Midwest Farm Report as we continue to feature each of the 73rd Alice in Dairyland Top Candidates.