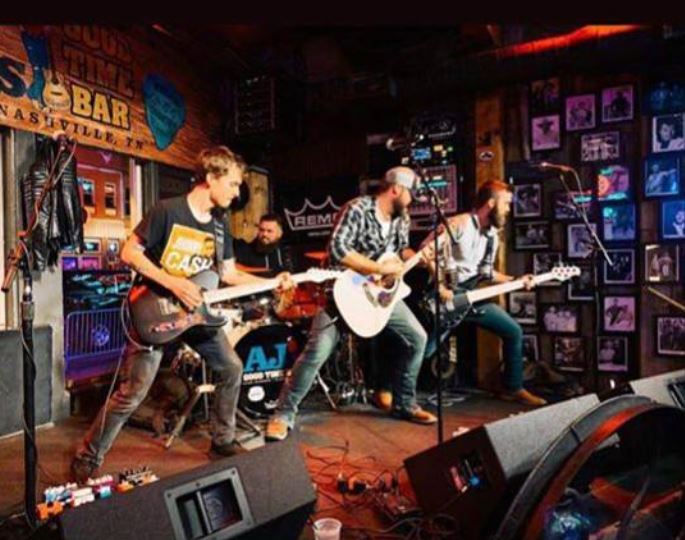 In the age were less than 2 percent of people in the nation have a background in agriculture, the opportunity to share the story of farmers is becoming more important than ever. Northeast Iowa native Cory Farley finds his voice in music.

Today, Farley is making a career for himself in Nashville touring with big-named artists like Alan Jackson and others with upcoming tours yet to be announced for the Cory Farley Band. However, he had humble beginnings growing up on a beef farm north of Decorah, Iowa.

“It was a cow-calf operation, and we also raised some hay,” Farley said. “My grandpa had a large dairy farm in Waukon. All my family actually, my aunts, uncles both sides my grandparents were all farmers. Growing up in a farming community, that’s basically my entire background.”

When asked how he got started in music, Farley laughed saying he wished he had a better story.

“I went down to Mexico where the legal drinking age was 18,” Farley said. “I was in college, and I tried karaoke for the first time after having a few legal drinks in Mexico.”

From that moment on, Farley started winning karaoke competitions around Arizona. He was originally in the southern state to attend a mechanic institute, but his life changed when the chance came to audition for a band.

“I don’t know how all of this happened,” Farley said. “Everything kind of fell into my lap.”

He learned to play the guitar after a motorcycle accident left him unable to walk for several weeks.

“I had nothing else to really do,” Farley said. “I always had the guitar in my room that I took from my dad. He never really played it. I got into the first band and then just started slowly picking it up. Now, I play guitar and harmonica and a little bit of drums.”

Country music was always his main influence. He recalled going to his grandpa’s farm where the cows were only allowed to listen to country stations while being milked. The radio hanging from the dairy barn played such a large role in his life that Farley was sure to include it multiple times in the video for his song “You Can Go Farm Yourself.”

Farley takes pride in being one of the few people in Nashville that was born and raised in a farming community and credited his upbringing for having the persistence to survive in a competitive industry.

“I think the whole, ‘pull your own weight, never quit’ kind of thinking definitely helps,” Farley said. “I’m proud to be one of the few guys down here how is really still an advocate for farmers.”

His family’s story is heard in every set with songs like “Hayloft” and “Country Living.” More often than not, farmers in the crowd will come forward to shake his hand and thank him for writing their lives in music.

Beyond his upbringing, Farley still finds inspiration from daily interactions. “You Can Go Farm Yourself” was written after a simple visit to the grocery store. He was buying meat for a cookout with friends when a gentleman started complaining about prices in the store.

“Growing up on a beef farm, I was kind of was like, ‘Well, you’re not gonna get a whole lot of sympathy from me,’” Farley said. “Usually, I’m the nicest guy in the world, but he just kept on going off it off about it. Finally, I said, “Why don’t you just go farm it yourself then?’”

He went home to write the song as a tribute to his family and others who work every day in agriculture to put food on tables around the world.

In addition to Farley’s upcoming tour with Alan Jackson at the end of February, the band was also asked to perform at the Fayette County Fair in West Union with Randy Houser July 25. Those interested in keeping up with his music and tour dates can follow Cory Farley Band on Facebook and Instagram.