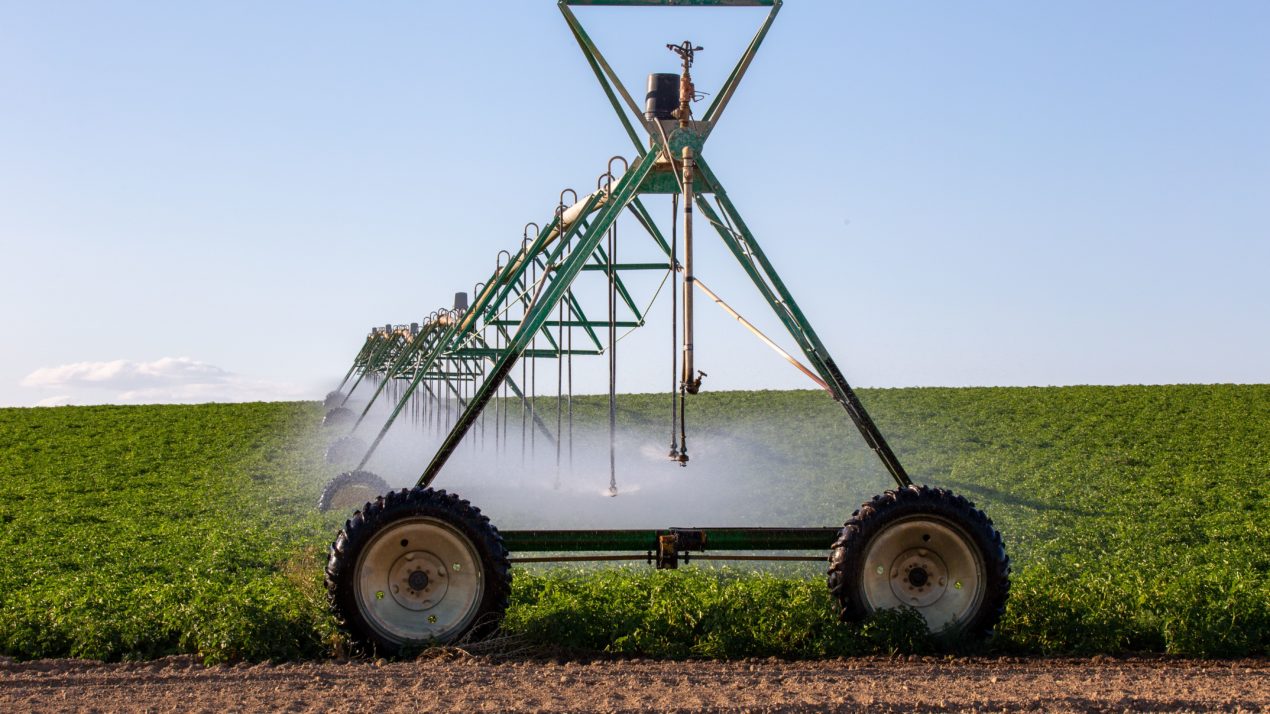 Wisconsin’s a minor player, overall, when it comes to irrigation, but farming operations have made a big investment where it’s being used.

1,733 Wisconsin farms used 5,166 wells in 2018 for irrigation. The average pumping capacity for all pumped wells was 650 gpm.
Of the wells:
• 34 percent had flow meters to measure the amount of water supplied
• 81 percent had backflow prevention devices to prevent cross contamination

The average well depth in 2018. The average depth to water at the beginning of irrigation season was 49 feet.

California applied the largest total amount of irrigation water, 24.5 million acre-feet.
Arizona applied the most water per acre, an average of 4.7 acre-feet.

Irrigation provides water to fields in the open and to commodities grown under protection in greenhouses or other structures. Acres in the open accounted for nearly all irrigated acres in 2018.

Wisconsin farmers spent $9,256,000 during 2018 on new or replacement equipment and machinery of which 73% was scheduled replacement or maintenance.

Farmers in Wisconsin who irrigated spent $1,778,000 on computers, control panels, and computer controlled valves and hardware for irrigation water management during the survey year.