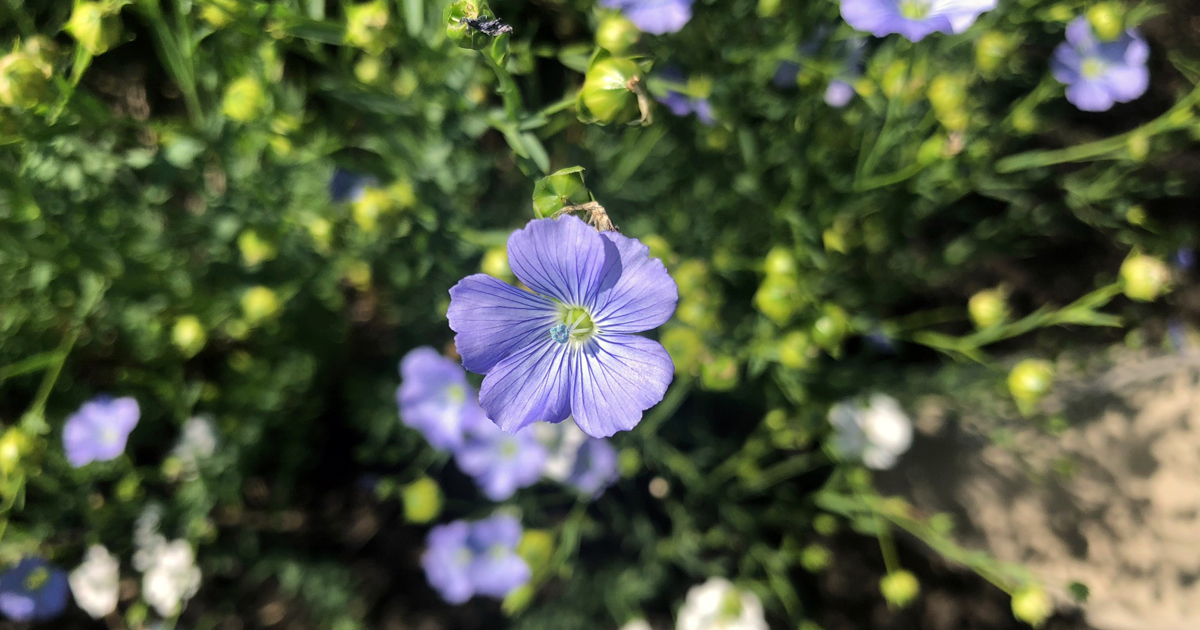 The small but mighty flaxseed has many health benefits for humans, as well as other important uses. Yield, and therefore profits, are important for the few farmers who grow it in the United States.

After a 13-year process, a group of plant breeders has another cultivar to offer farmers. “A cultivar is a variety of a plant, created using selective breeding,” explains Mukhlesur Rahman. “That means it’s been bred for crop improvement and given a unique name.” Rahman is an associate professor of plant sciences at North Dakota State University.

“We have bred a new flaxseed cultivar called ‘ND Hammond,'” Rahman says. “It is a brown-seeded flaxseed cultivar. The average seed yield of this cultivar is higher than average compared to other flax cultivars grown in North Dakota. It is also resistant to Fusarium wilt and flax rust diseases.”

Flax has several uses, from human consumption to industry use and feed purposes. The whole plant can be used.

Additionally, there are two types of flax seed, brown and yellow, available on the market. While both have similar levels of seed oil and omega-3 fatty acid, the yellow is sometimes preferred for “eye appeal.” However, it is not as common as the brown type. Less breeding research has been put into yellow, so the yield is slightly higher in brown-seeded flax cultivars.

ND Hammond, which is a brown-seeded flax, was bred for seed yield in a very long process. It started by crossing two cultivars back in 2007. Over the years, the new cultivar was planted over and over and the best plants were selected.

Throughout the process, researchers monitored characteristics including seed yield, oil content, and visual appeal. Later, they also chose the plants most resistant to some crop diseases. They grew it at multiple sites in North Dakota to expose it to different conditions. Each time, they chose the best-performing plants. Seeds from those plants were collected to plant again to continue the selection.

“Finally, ND Hammond was released in 2018. Sufficient seeds will be available for growers to plant in 2020,” Rahman says. “It took 13 years from start to finish to develop the cultivar and produce enough seed for growers. Most people don’t realize the process takes this long.”

Where did the name ND Hammond come from? ND stands for North Dakota, which is responsible for 92% of U.S. seed flax production. Hammond is in honor of an influential flax breeder at North Dakota State who made all crosses to develop the cultivar.

Read more about this work in Journal of Plant Registrations. This research was partially funded by Ameriflax.

Photo caption/credit: The flowers of flax can be different colors, such as blue or white. Photo by Mukhlesur Rahman.