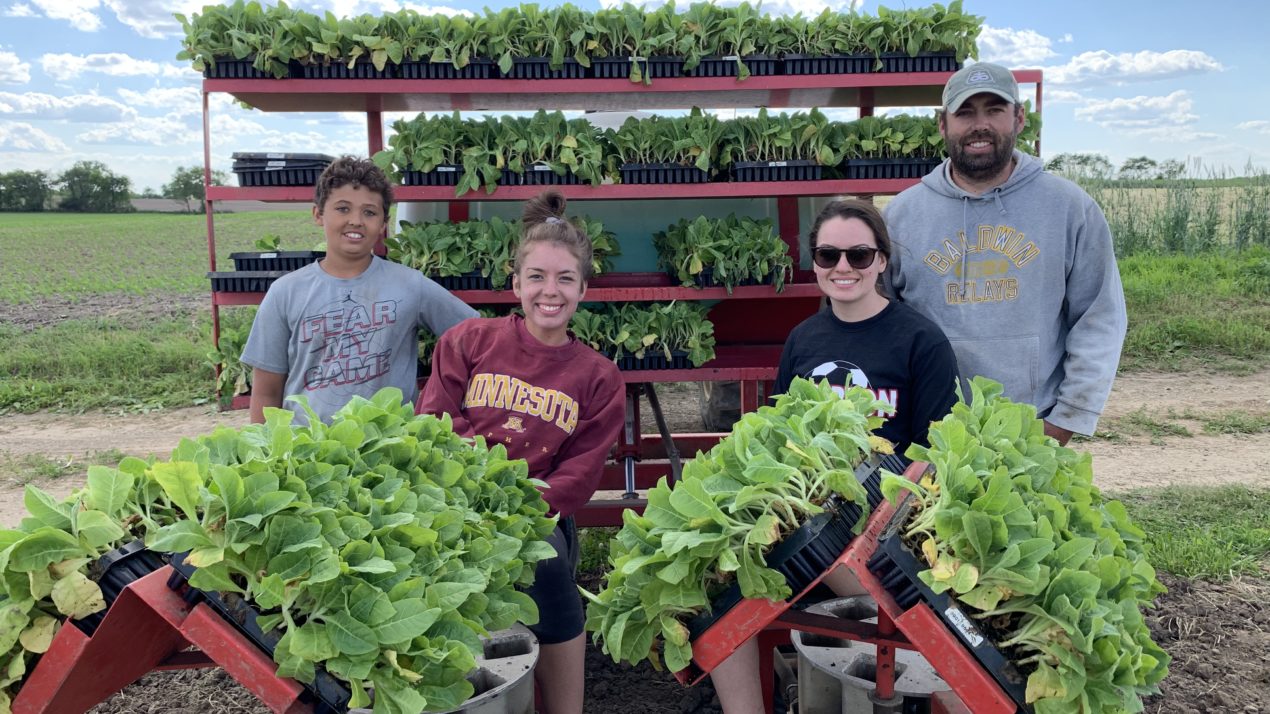 For Curt Watson of Edgerton, tobacco is more than just a crop. It’s a family tradition.

“It started with my great grandfather, then passed to my grandfather, and then my dad…my dad was actually a tobacco buyer for many years,” Watson reminisced. As a fourth generation Wisconsin tobacco grower, Watson is doing his absolute best to keep this unique crop’s presence alive. “It’s really kind of sad in way that we are so few anymore.”

In its heyday Wisconsin was one of the nation’s leaders in tobacco production. Now, there’s really no guess as to how many farmers plant the crop, Watson said. But, whatever that number might be- it’s certainly a small amount.

Tobacco is one of the most labor intensive crops in farming and it requires a handful of helpers to get it in and out of the ground each season. Labor shortages are something Curt is used to so he will typically enlist the help of his friends and family members. On this particular day, Curt had the assistance of his 10 year-old nephew, Steele, his cousin Olivia, and Olivia’s friend Ally from Minnesota. “It’s her first time planting,” he proudly proclaimed when looking at Ally on the planter.

The eight acre plot of land dedicated to tobacco is some of the better soil on Curt’s property. With the planting operation he currently has it takes his team roughly two hours to plant a single acre.

It might be challenge, but Curt is hoping to keep the tradition of tobacco growing in Wisconsin alive and pass the torch to the next generation.

To hear the entire audio story from Curt’s farm in Edgerton, click the play button below: