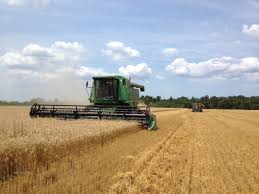 It looks like Wisconsin farmers are spreading their risk in 2018, and increasing focus on keeping soil in place.

Winter wheat production in Wisconsin is forecast at 15.0 million bushels, 29 percent above last year’s 11.6 million bushels according to the latest USDA, National Agricultural Statistics Service – Crop Production report. Based on conditions as of July 1, the State’s winter wheat yield is forecast at 68 bushels per acre, the same as last year. Wisconsin winter wheat growers intend to harvest 220,000 acres for grain, up 29 percent from 2017.

The forecasts in this report are based on July 1 conditions and do not reflect weather effects since that time. The next crop production forecasts, based on conditions as of August 1, will be released on August 10.