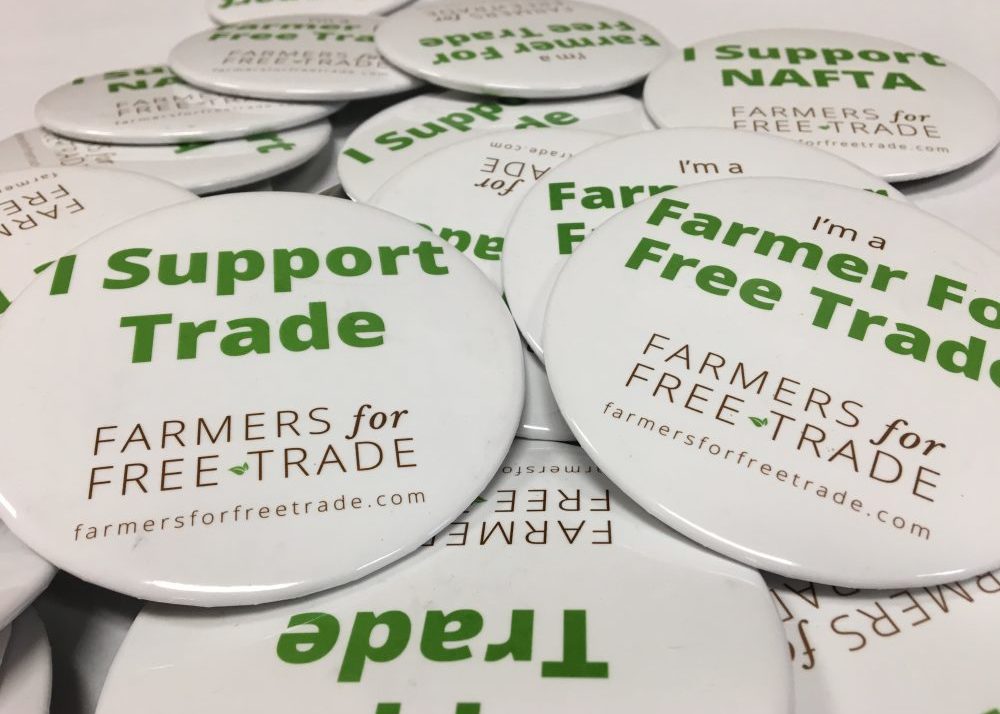 During the event roundtable participants discussed the need for certainty and predictability of trade policies. In 2017, Wisconsin exported $3.5 billion of agricultural products to 147 countries, an increase of 3.6% compared to the previous year.

“We are a part of the roundtable in Wisconsin because Wisconsin is very timely, said Hofmann. NAFTA is being discussed there is a lot happening with China and all of those effect the great economy of Wisconsin that rely so heavily on exports.”

“We are really focused in staying in NAFTA and not just staying in but also modernizing. We also want to get back to making trade deals, said Hofmann.”

When it comes to reaching legislators and the assembly on the importance of trade the Farmers for Free Trade believe that the farmers are the best voice to do so. They have created the Voice of Farmers campaign to get the stories of farmers and ranchers heard.

“The real story of the impact of trade on our producers will be weighed the most with the administration. What’s happening with crops, sales, their long term planning and how it affects their family and community it what they need to hear, said Hofmann.”

To emphasize the importance of free and fair trade even further at the event Wisconsin Farm Bureau President Jim Holte signed-on to a letter with other state Farm Bureau presidents across the Midwest. The letter, dated May 15, was addressed to U.S. Secretary of Agriculture Sonny Perdue asking him to work with President Donald Trump to end the escalation of trade disputes with China that have and continue to threaten market opportunities for agricultural commodities and products.

The letter also asked Secretary Perdue to develop a plan to provide monetary compensation to farmers who may be hurt by retaliatory measures China may take in response to proposed U.S. tariffs on Chinese goods. While the letter asked for monetary compensation, an emphasis was made to the Secretary that farmers would first and foremost like access to markets, not checks from the government in lieu of trade opportunities.

Farmers for Free Trade informs the public about the benefits of free trade and mobilizes farmers and ranchers to take action to support beneficial trade agreements. Farmers for Free Trade is supported by thousands of farmers and agricultural businesses as well as numerous U.S. ag organizations, including American Farm Bureau Federation. For more information, visit farmersforfreetrade.com

Wisconsin Farm Bureau Federation is the state’s largest general farm organization. Made up of 61 county Farm Bureaus, it represents agriculturists and farms of every size, commodity and management style. For more information, visit wfbf.com