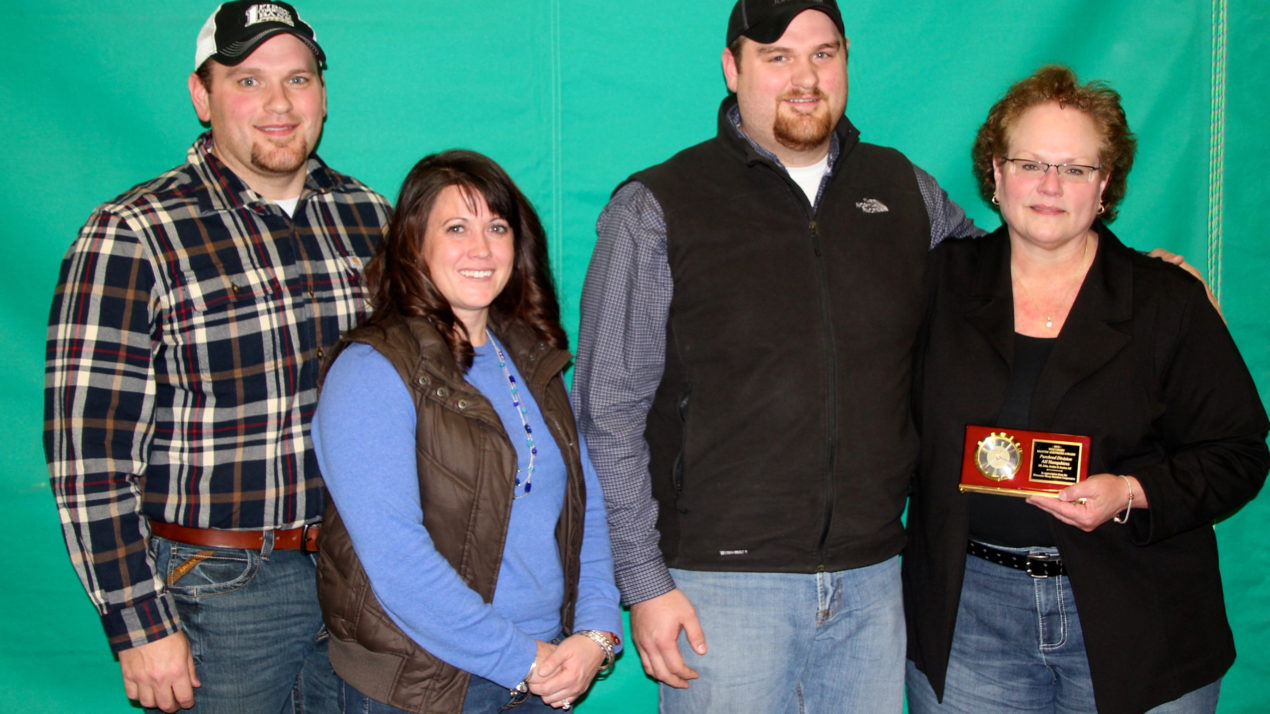 No matter what show you go to, near or far, virtually everyone knows Alf Hampshires, the result of three generations devoted to the sheep industry.  Jill’s father, John Grunzel Jr., raised and exhibited Shropshire sheep as a young boy and developed a prominent Suffolk flock in the early 70’s.  Jill’s passion for raising sheep dates back to happy times spent with her father in the barn and traveling to shows and sales.  Unfortunately, at the age of twelve Jill lost her father, and her family’s Suffolk flock was dispersed about a year later.

When her children, John, Jordan, and Jessica, were old enough to be in 4-H, Jill sought to develop her own flock.  Despite her Suffolk background, she had as a child, fallen in love with the Hampshire breed while watching the Bob Mullikin family exhibit their sheep at the Rock County Fair.  Little did she know then, that she’d eventually become friends with the Ron Pullin family from Iowa, who purchased most of the Mullikin flock.  The Alfs purchased their first Hampshire ewes from Springdale Farms of Belvidere, IL.  Since then, the focus of the Alf breeding program has been on producing attractive profiling, complete sheep with the kind of breed character known to the Hampshire breed.

The Alf family is deeply involved in the agriculture and livestock industries.  Jill has been employed as the Executive Secretary for the Wisconsin Sheep Breeders Cooperative for over seventeen years and as the Executive Director of the Wisconsin Livestock Breeders Association for nine years.  She also works full-time as a purchasing clerk for United Ethanol in Milton. John and wife Brittany live close to the farm. John is an agriculture loan officer at First Community Bank in Milton, while Brittany works in Human Resources for Blue Scope in Evansville.  Jordan lives in Edgerton and works for Mid-State Equipment in Columbus as an assistant service manager while Jessica is a gymnastic coach at a gym in Janesville.

The Alf family has made many lifelong friendships within the sheep industry.  I personally have enjoyed getting to know them throughout the years and always look forward to seeing them at the shows. As a family, they have volunteered many, many hours and have worked hard to promote the sheep industry, and their willingness to donate their time, prizes, and sponsor numerous awards does not go unnoticed. When I think of Alf Hamps, I think of the word “teamwork,” their show ring success the result of their efforts as a family, one that understands hard work, dedication, and service. It is my privilege to present the Master Shepherd – Purebred Award to Alf Hampshires, Edgerton, WI.