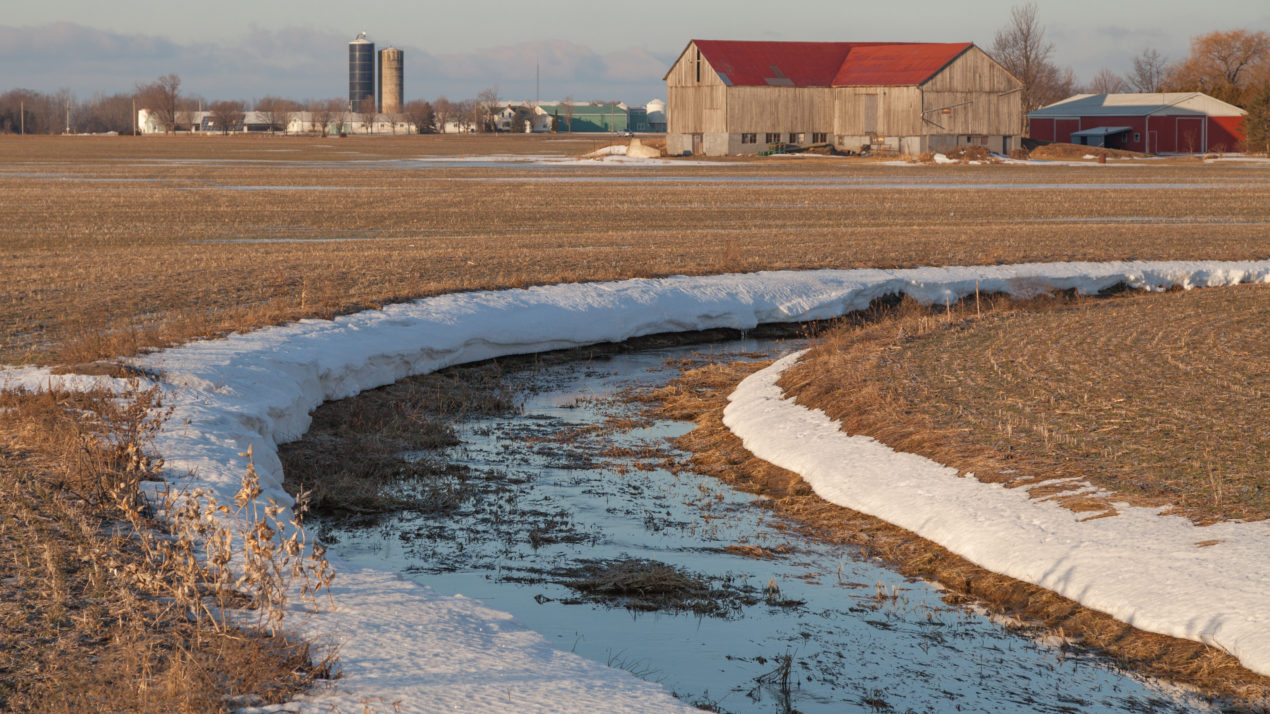 Wisconsin farmers are off to their slowest start since 2013 on spring chores like manure management, tillage and planting.  Still, if there’s a silver lining to the heavy snow storm that blanketed much of the state 10 days ago – it’s the moisture it brought.

According to the Wisconsin Ag Statistical Service, there were 0.3 days suitable for fieldwork for the week ending April 22, 2018. Last weekend’s blizzard continued into Monday, with final snow totals of up to 30 inches in some areas. A second round of heavy, wet snow fell across southern Wisconsin on Wednesday, with up to 10 more inches of snow reported. Warm and sunny weather followed, however, with weekend temperatures in the upper 50s and low 60s. Reporters commented that the snow was melting quickly, recharging dry soils but leaving fields soggy. Overwintered crops were beginning to green up in the southern portions of the state, where farmers were hoping to start fieldwork soon. Reporters noted it may be a few weeks before central and northern Wisconsin can begin planting due to deep snow and still-frozen ground. Manure spreading continued where fields were able to support machinery.

As of April 22, spring tillage was 2 percent complete statewide, unchanged from last week and now 11 days behind the 5-year average.

Oats planted were reported as 3 percent complete, 15 percentage points behind both last year and the 5-year average.

Winter wheat was 51 percent in good to excellent condition statewide, up 1 percentage point from last week. 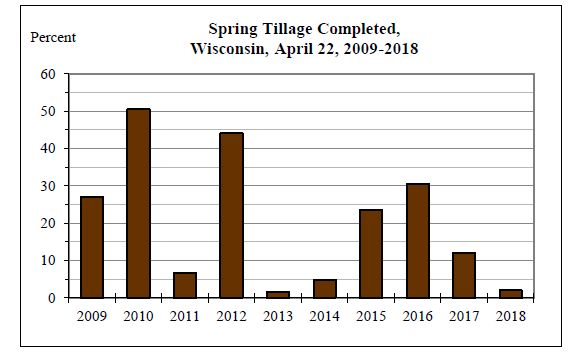