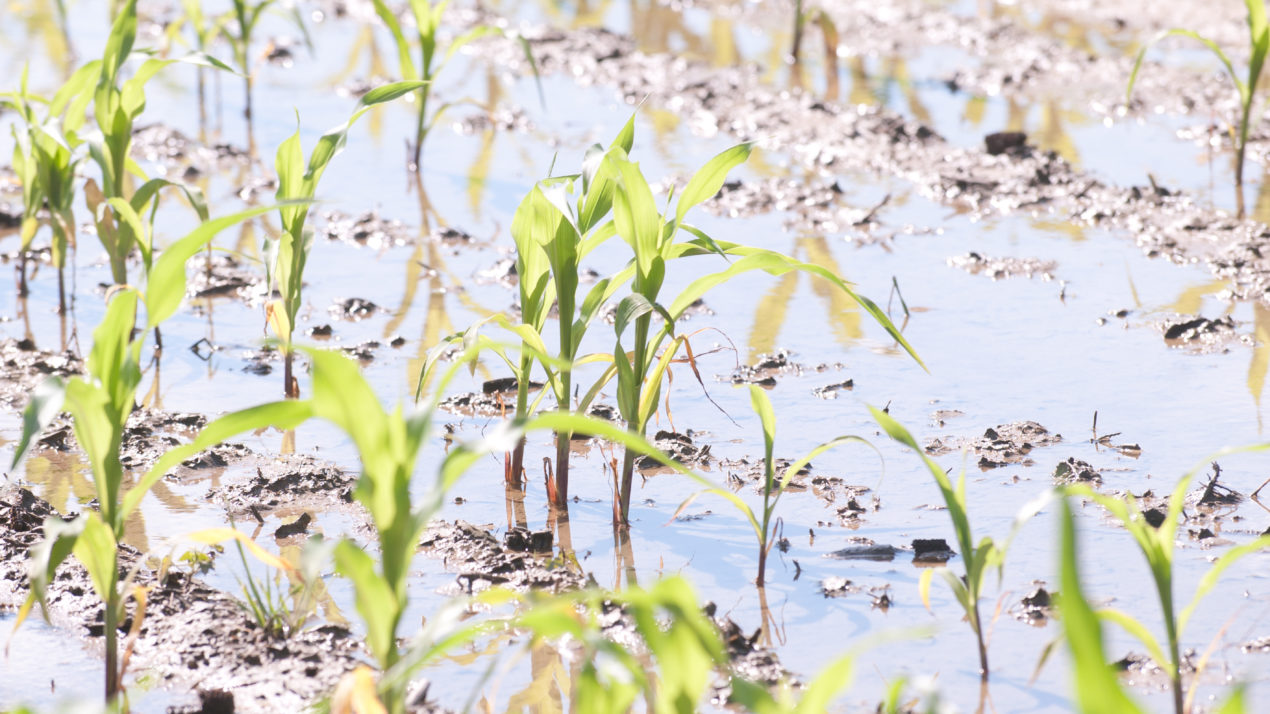 While many Wisconsin farms are struggling to find dry ground – just a state over, it’s an opposite situation.

This week South Dakota Governor Dennis Daugaard declared a statewide emergency because of the ongoing drought conditions in the state. As part of the State of Emergency, the state will ease haying and transportation restrictions to assist agriculture producers. The Governor says the drought has hurt hay production in much of the state, making producers scramble to keep livestock fed. Effective immediately, farmers and ranchers across the state may cut and bale state highway ditches adjacent to their property. South Dakota and North Dakota farmers and ranchers have been struggling with drought conditions this season, as some are forced to sell their herds of cattle. The U.S. Drought Monitor shows prolonged drought conditions, included severe drought, in parts of both states, along with parts of Montana and northern Minnesota.

Corn emerged was at 94 percent, 8 days behind last year, but 1 day ahead of the average. Corn condition was 71 percent good to excellent.

Oats headed was reported at 22 percent, 8 days behind last year, and 7 days behind the average. Oats condition was 81 percent good to excellent, 3 percentage points above last week.

The first cutting of alfalfa was reported as 89 percent complete, while the second cutting was just starting. All hay condition was reported 78 percent good to excellent, 3 percentage points above of last week.

If you look a little closer – you can almost feel the frustration in some areas because of the persistent wet weather.

Crop Reporter from Dodge County notes:
DODGE-M.P.: Farmers struggled this week between all the rain showers to complete anything. They are working on spraying and side dressing corn but had to stop to clean up from the week’s thunderstorms. The corn and soybeans on the higher ground looks good with the heat and rain, but a lot of the low spots are flooded out or not planted due to standing water. At this point they won’t get planted.