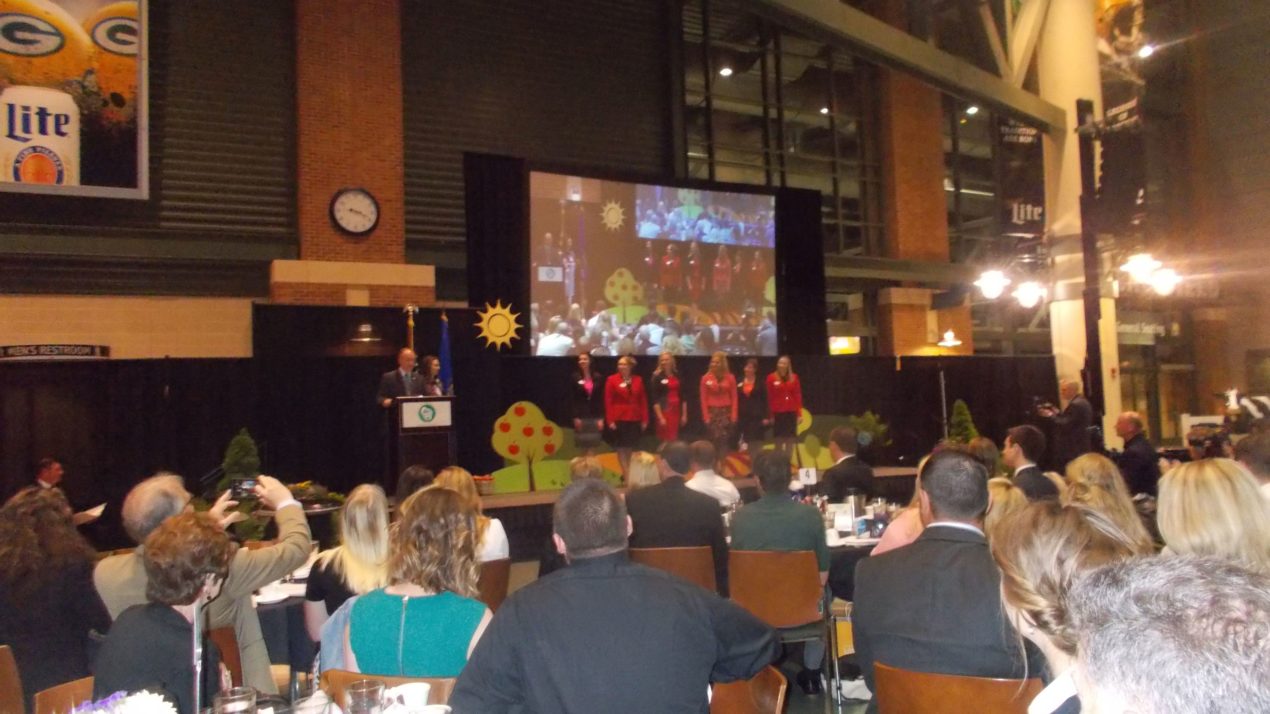 Adams County will host the 71st annual Alice in Dairyland Finals events in May 2018. Wisconsin Department of Agriculture, Trade and Consumer Protection (DATCP) Secretary Ben Brancel made the announcement Saturday during the Finale event for the selection of the 70th Alice in Dairyland in Brown County.

Agriculture provides more than 13 percent of the jobs in Adams County, and more than $171 million in economic activity. That amounts to more than 17 percent of the county’s total economic activity. The county consistently ranks among the top five in Wisconsin in the production of potatoes, sweet corn and snap beans. Compared with 3,079 U.S. counties, Adams County is nationally ranked in the top 25 for value of harvested vegetables. Horticulture also contributes to the county’s agricultural diversity, largely through the sales of Christmas trees and greenhouse, nursery and floriculture products.

Alice in Dairyland is a communications professional who works to educate the public about Wisconsin agriculture. Each year, a new Alice is selected from a group of candidates during a month’s-long public job interview, and, each year, a different county hosts the finals. Crystal Siemers-Peterman of Cleveland, Wis. will start work June 5 as the 70th Alice.

Throughout her year, Siemers-Peterman will attend numerous events in Adams County to promote its agricultural industries and the events leading up to the selection of the 71st Alice in Dairyland, which will take place May 17-19, 2018.

The annual Alice in Dairyland interview process includes the three-day finals event each May, as well as a two-day briefing event several weeks earlier. These events include press conferences, agribusiness tours, interviews with local media and speeches. Some of the final interview events are open to the public and include opportunities to showcase local businesses and products.