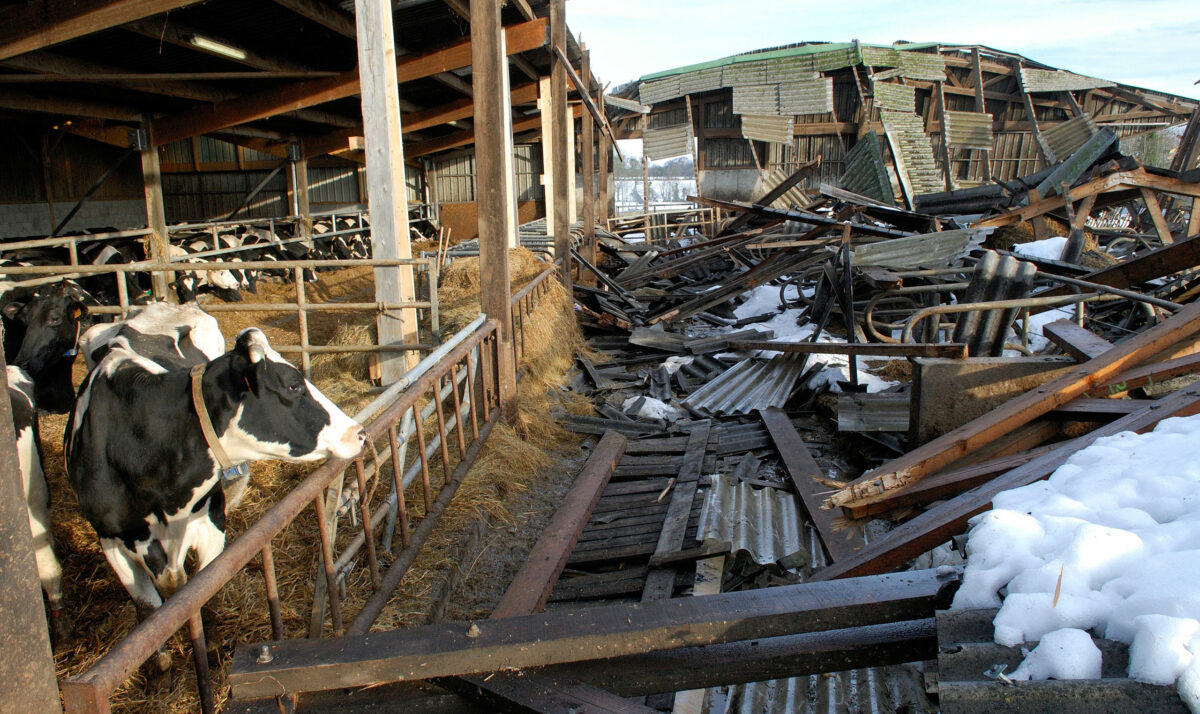 As snow accumulates off and on this winter, farm building safety and maintenance are integral in preventing total roof collapse. David Bohnhoff, professional engineer and emeritus professor of Structural, Building Construction Engineering at the University of Wisconsin-Madison, says the key causes of agricultural buildings collapsing during the winter aren’t necessarily due to the snow, but a failure in the structure’s engineering. The snow is just the tipping point of what can create a domino effect of things going wrong.

“A balanced snow load where we have a nice uniform snowfall onto a roof typically is not a problem,” explains Bohnhoff. “The issue is when we get a snowfall and then we have a wind that accompanies that snowfall and blows that snow to a particular area of the roof where the building hasn’t been adequately designed to handle those loads.”

Farmers that have had their buildings properly engineered typically wouldn’t be looking at those sorts of problems, but there are a lot of agricultural buildings that aren’t structurally engineered. Bohnhoff says that if there is heavy snowfall and heavier rainfalls, roof collapses can occur more often.

You shouldn’t see farm buildings failing at any greater rate than you would see residential buildings and homes collapsing. The problem is that when they’re not structurally engineered, there’s typically some kind of weak link in the design that causes a catastrophic failure chain reaction collapse. Many times this is a truss that isn’t properly braced.

Bohnhoff adds, “Frequently, when we see failures, it usually is where a single element hasn’t been properly braced. When it’s not properly braced, it typically can only take 25% or 15% of the load that people thought it could take. By investing a little bit of extra money into proper engineering, they will actually save you more money than they will cost.”

In order to ensure safe buildings throughout the winter Bohnhoff says, “Look at your building structures and reinforce any areas that may be weak or unable to withstand large loads of weight. Removing snow safely from roofs if possible as well as any snow drifts that may accumulate around the buildings is also key in having a proper structure.”