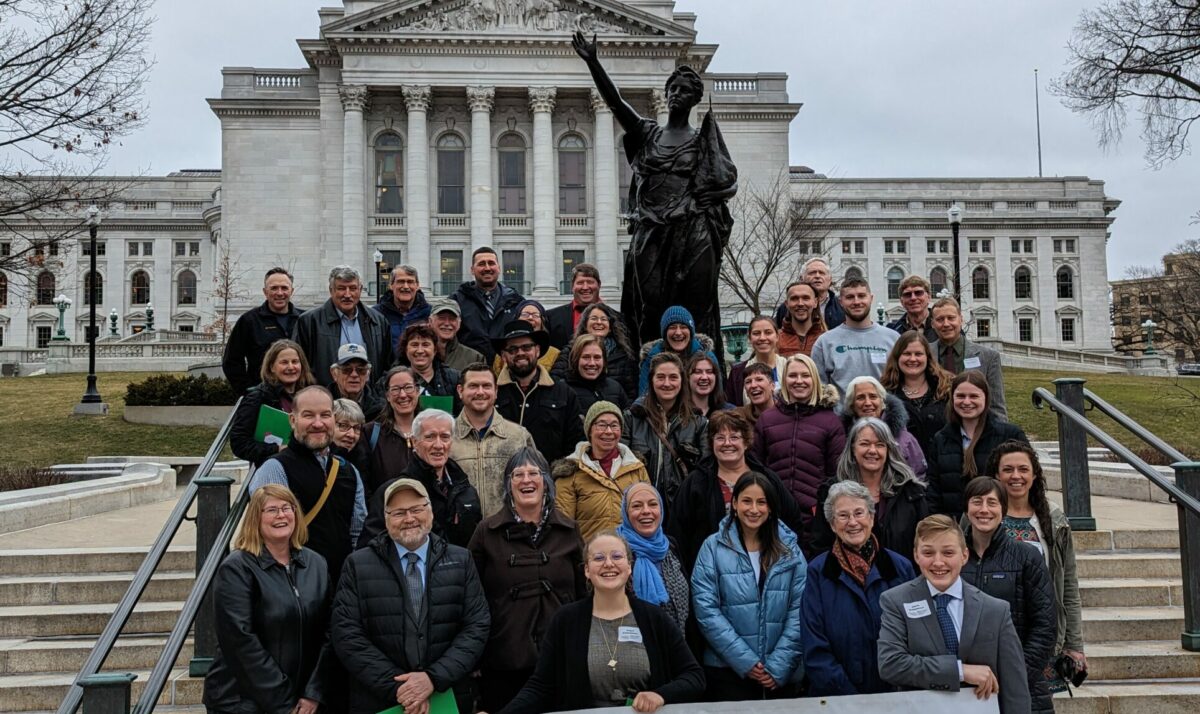 “The farm and rural lobby day started about 12 years ago because we felt that some of the issues that we wanted to talk about weren’t being represented to our state legislators,” says Von Ruden. “We started the farm and rural lobby day because we do have a lot of rural members, and of course, rural communities, and just wanted to make sure that we could get that representation at the state capital.”

Over the past few years of this event, Wisconsin Farmers Union members formed a task force that put forward proposals to be brought forward to legislators. This has allowed there to be money put out in grants for small and medium sized facilities to expand their production.

Key issues we are talking about this year are fresh, clean water, climate change, and antitrust issues. Von Ruden says that they are seeing more consolidation within all facets of agriculture, whether it’s stuff that you’re buying or stuff that you’re selling.

He adds, “ In a time like now when we do have a $6.6 billion surplus in the state government, maybe we should be looking at improving some of those mechanisms and putting the dollars where they can be most effective.”

Throughout the day, Wisconsin Farmers Union members were able to cover two-thirds of the state and meet with elected representatives to talk about the three issues that Von Ruden mentioned.

“Our next steps are making sure that if these representatives commit to something, we keep them committed to that process,” explains Von Ruden. “This is the first conversation we’re having and hopefully we’ll have more conversations whether it’s coming back to Madison or when they come back to the districts, to hold their feet to the fire and make sure that they’re working down here and doing what’s best for the state of Wisconsin.”