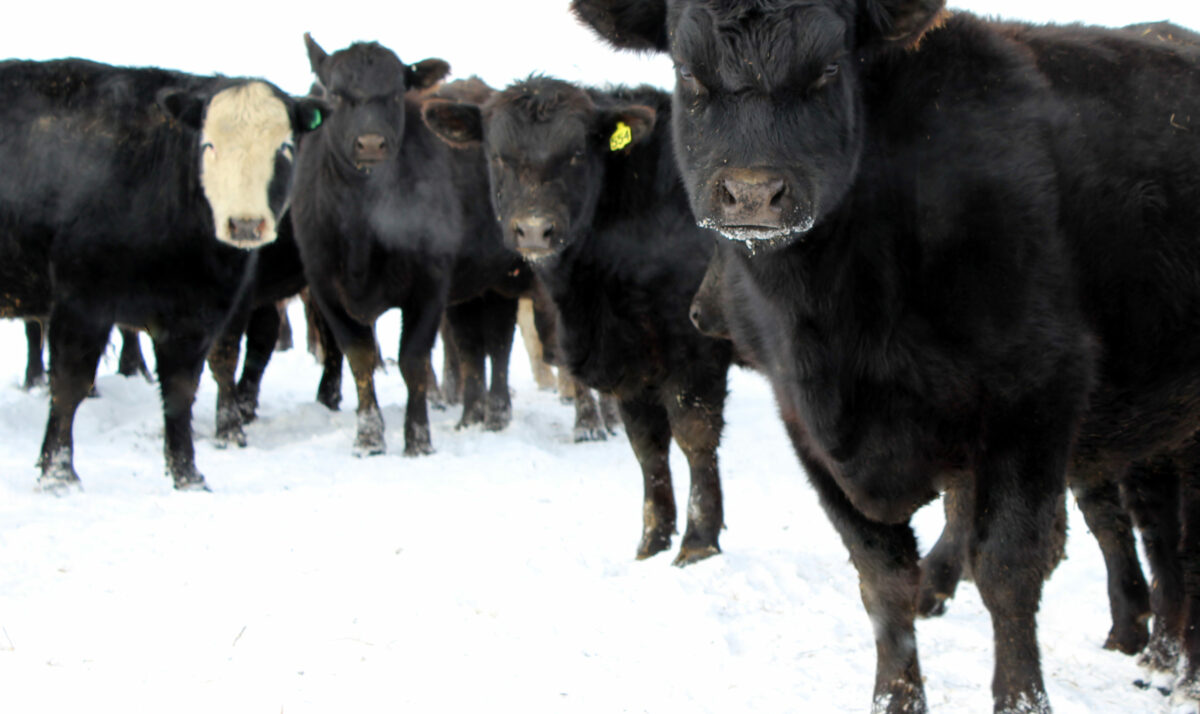 The following market update was prepared and written by Jeff Swenson, DATCP livestock and meat specialist. It draws information from several sources, including trade publications, radio broadcasts, agricultural news services, individuals involved in the industry as well as USDA NASS and AMS reports.

Fed cattle finished last week fully $2.00/cwt higher with some reports of sharply higher markets at Wisconsin auction markets. The beginning of this week didn’t bring the tops of last week, but overall prices certainly remain higher than prior to the Holidays. It doesn’t take a crystal ball to realize fed supplies will tighten this year.

January typically brings a period of decreased consumer spending. Wholesale beef prices continue to show strength, however. Beef demand has been impressive given the sustained higher retail prices. The Choice beef carcass cutout finished last week at $281.98, $13.90 higher than the previous week. Severe weather and Holiday scheduling were a challenge for packers last week, but they managed to put together an estimated harvest of 547,000 head. That was 15,000 head below the previous week, but 23,000 head higher than the same week in 2021. According to the Sterling Profit Tracker, the cost of finishing cattle has increased dramatically since April. Cattle sold the week ending December 24 carried a total feed cost of $562 per head, which is 19% higher than the $455 feed costs for cattle sold the same week a year ago. Feedlot margins averaged $162 in the black for that marketing week while packer margins averaged $44 per head after losing $49 per head the previous week, according to the calculations by Sterling Marketing, Vale, Oregon.

Cash hogs were $2.15/cwt higher last week with wholesale prices also increasing. Still, pork producers are finding it difficult to show a profit given higher feed and other input costs. According to the Sterling Profit Tracker, farrow-to-finish farmers experienced an $8 per head loss during the week ending December 24. That was about $2 per head more than the previous week. The pork carcass cutout value was $3.15 higher last week finishing Friday at $87.90. Last week’s estimated harvest was 2.186 million, 404,000 hogs more than the previous week and 32,000 more than the same week in 2021. Revisiting last month’s Quarterly Hogs and Pigs report, we would expect market hog supplies to tighten during the first half of 2023 before increasing slightly during third and fourth quarters.

The USDA did not publish a National Weekly Sheep Summary last week, but lamb prices at Wisconsin and surrounding state auction market were higher to start this week. The USDA did call negotiated lamb prices $5.00/cwt higher. The lamb carcass cutout dropped by $5.40 last week, ending the Friday at $531.70. Last week saw a light harvest run of 26,000 sheep and lambs, making it 4,000 less than the previous week and 5,000 below the same week last year.