Home » Blog » News » Behind The Scenes Of Expo 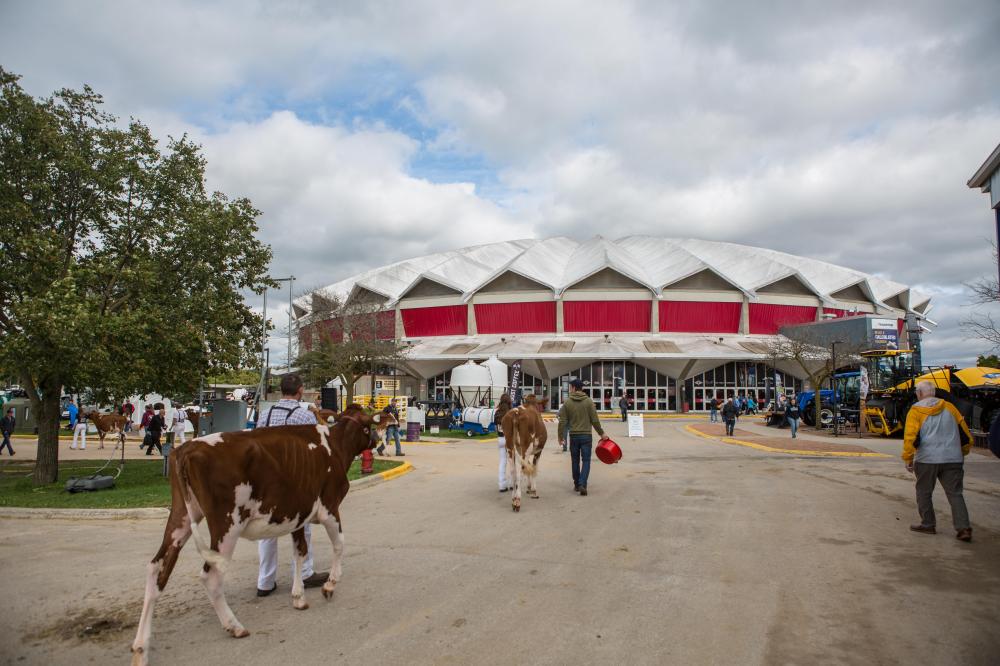 It takes a lot of behind the scenes work and preparation to make the cattle look their absolute best before gracing the colored shavings at World Dairy Expo.

Jason Danhoff, Dairy Cattle Merchandiser, shares insight into his role in helping exhibitors prep their animals for the show.

It may take a lot of hard work and effort at home and at the show, but you get out of it what you put into it when your animals succeed.

“At the end of the day, it’s about the final touches,” says Danhoff. “Most of your clients have put in a lot of effort at home to get to this point, a lot of expense, a lot of hard work. You’re kind of like the finishing touches on what they’ve already put so much effort into”

A key aspect of being a professional dairy cattle merchandiser is knowing exactly  what your client needs from you. For some that may mean a more full service situation where others it may be just the final touches. Being knowledgeable about what makes each animal look its best is essential.

Danhoff grew up exhibiting Guernseys and worked on his technique with his own animals to be able to compete at a high level. As he got older and his skills  got better, people took notice and began reaching out for help.

“I went to UW-Madison and was able to pay my way through school as I went by clipping cows,” adds Danhoff. “I kept doing it as I went on and after school, I didn’t get a real job ever. I just kept clipping and eventually I got to go to 16 different countries and work and found out that you can pretty much do it 365 days a year if you want.”

Danhoff encourages those interested in becoming professional fitters to pay attention to what goes in the ring, what looks good that people are talking about, and learn from the judges themselves on what they look for. Just because it looks nice in the barn, doesn’t necessarily mean that when you get them out there with all the other animals, it will look as nice as you think it does.

Danhoff adds, “When fitting you want to get them straight, angular and dairy looking. But it changes from breed to breed based on  their color markings, how much white or dark pigment they have, and what size blade you will use. Also, if they’re deep ribbed, you don’t need to leave as much belly hair sometimes.”

Danhoff has spent a lot of time fitting in Europe as well as has traveled all over the US from coast to coast and sixteen different countries.

Danhoff says he fit the first Holstein he ever bred and it was named Grand Champion at the Wisconsin State Show. This is one of his greatest accomplishments as a fitter. Another recognizable cow he got ready for show was Veronica when she went on to be Supreme Champion at World Dairy Expo.

“You don’t have to be the most talented person ever in the world. But you’ll learn a lot as you go. Working hard is the key because if you work hard and are a good person to be around, it’ll take you a long way,” says Danhoff.