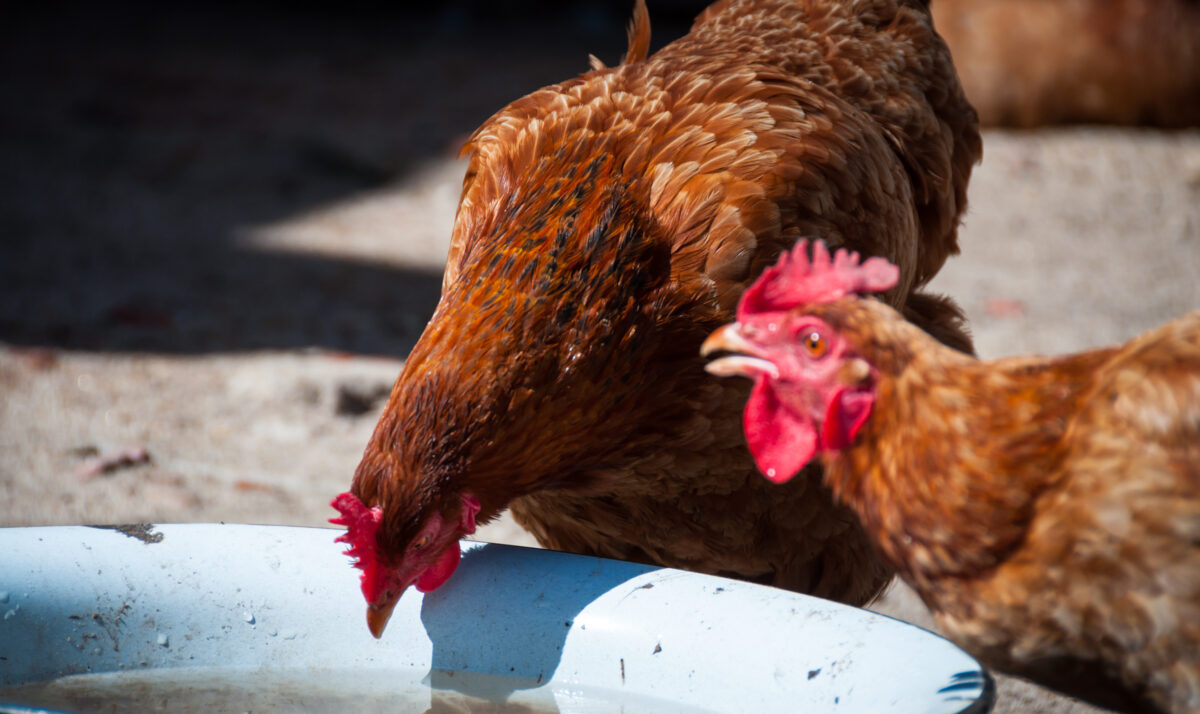 While migration can be a time for avid birders and everyday Wisconsinites alike to catch a glimpse of fun-feathered visitors, poultry farmers’ eyes are watching their own flocks like a hawk for signs of avian influenza.

Sometimes called bird flu, avian influenza can spread to flocks from wild birds like a cold through a booger-infested pre-K class. Farmers do their best to prepare.

“It’s like daycare, but on an international scale,” says Keith Poulsen, director of the Wisconsin Veterinary Diagnostic Laboratory.

In a normal year, only a few isolated cases of bird flu will pop up. So far, though, this years’ strain is classified as having high pathogenicity, meaning it spreads quickly through a flock and can kill nearly 100% of birds within 48 hours of infection.

“One in six people in the northwest part of Wisconsin is involved in the poultry industry,” says Poulsen. “So, if you have a problem that has a significant impact on the industry, animal health measures are hugely important.”

To make matters worse, rather than leaving the state with migratory birds as they headed north this spring, Poulsen warns that this year is the first time the virus instead stuck around. Usually, the virus doesn’t survive the summer. This strain, however, remained circulating in bird and mammal populations at low levels, giving it more time to spread.

So far this year, there have been twice as many infected flocks as there were during the last serious outbreak in 2015. With migratory birds starting to fly south again and bringing more virus back to Wisconsin, that number is expected to rise.

For testing centers like the WVDL, monitoring the spread is also made more difficult because of an increase in the number of small, backyard hobby flocks.

With outbreaks on large poultry farms, “typically, when you find a positive flock, you don’t want to take anything off the farm. You want to get rid of all the virus on the farm, clean it and disinfect it, then move on,” says Poulsen. “That’s really difficult when you have small premises scattered all over the state.”

Large poultry operations, he explains, have their own systems in place to handle and neutralize an infection quickly and thoroughly so they can get back to making a product fit for market and robust food supply chain.

Many small hobby flocks, however, aren’t registered with the state, he says, even though it’s technically required. Hobby flock owners also don’t often have the resources like a “chicken vet” to call and ask random questions about poultry care or what signs of sickness to look out for.

The virus has also had time to spread to other species, infecting apex avian predators and potentially upsetting the balance in the ecosystem around the state. The virus has killed raptors like bald eagles and snowy owls and in rare cases has caused neurological damage in mammals like foxes and bobcats.

This spill-over into other populations can happen for a number of reasons, and the WVDL sends every virus-positive sample to a national laboratory for genetic sequencing. Keeping track of the virus in this way allows animal health officials to monitor how it’s changing over time and determine whether it poses a threat to human health.

“Some viruses are very stable; they don’t change very much over time. Influenza is very different,” Poulsen says. “That’s the reason why we watch this very closely.”

Right now, animal health officials are assessing the risk of the outbreak to decide whether they should implement poultry vaccination requirements. But it isn’t a simple decision to make since vaccinations would add to farmers’ production costs and could deter international poultry buyers.

With so many people connected to poultry, Poulsen encourages all flock owners to register their flock with the state. It benefits their own flock, their neighbors’ flocks and the health of the ecosystem.

While it can be difficult to find a veterinarian that works specifically with poultry, there are several associations and resources for smaller flock owners that can help to fill those gaps. Poulsen names a few: the Wisconsin Poultry and Egg Association, the National Poultry Improvement Plan and the Wisconsin 4-H Poultry Project.

“Maintain vigilance for your birds,” Poulsen says. “Keep your birds away from wild populations and watch them very carefully.”