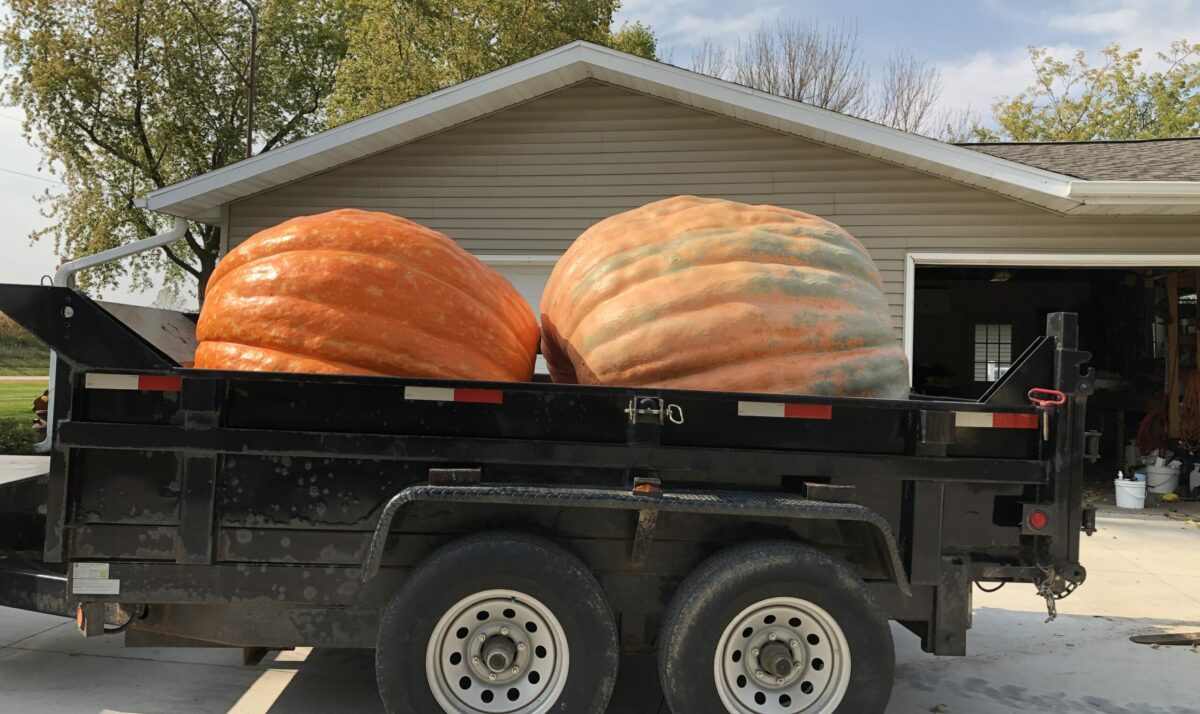 The growing season is in full swing for giant pumpkins, and there is endless work that goes into producing pumpkins that reach 1,000 pounds or more.

Tom Montsma is a giant pumpkin producer from Brandon, and he is also a part of the Wisconsin Giant Pumpkin Growers. Montsma shares more about what it looks like to grow a giant pumpkin from a tiny seed.

According to Montsma, producers spend an average of an hour per day working with each pumpkin throughout the growing season. This time commitment limits most growers to one or two pumpkins, but some will decide to raise three or four pumpkins.

Aside from the time commitment, each pumpkin needs about 1,000 square feet of land to grow. Montsma says that the pumpkins can, on average, put on 40 pounds per day, which calls for plenty of room.

Come fall, there will be about three or four weigh-off competitions across the state for growers to compete at. However, each pumpkin can only be weighed once. Tom says he likes to compete, but he mostly gets a kick out of the reactions from kids, senior citizens and people passing him on the highway when he’s hauling the pumpkins.