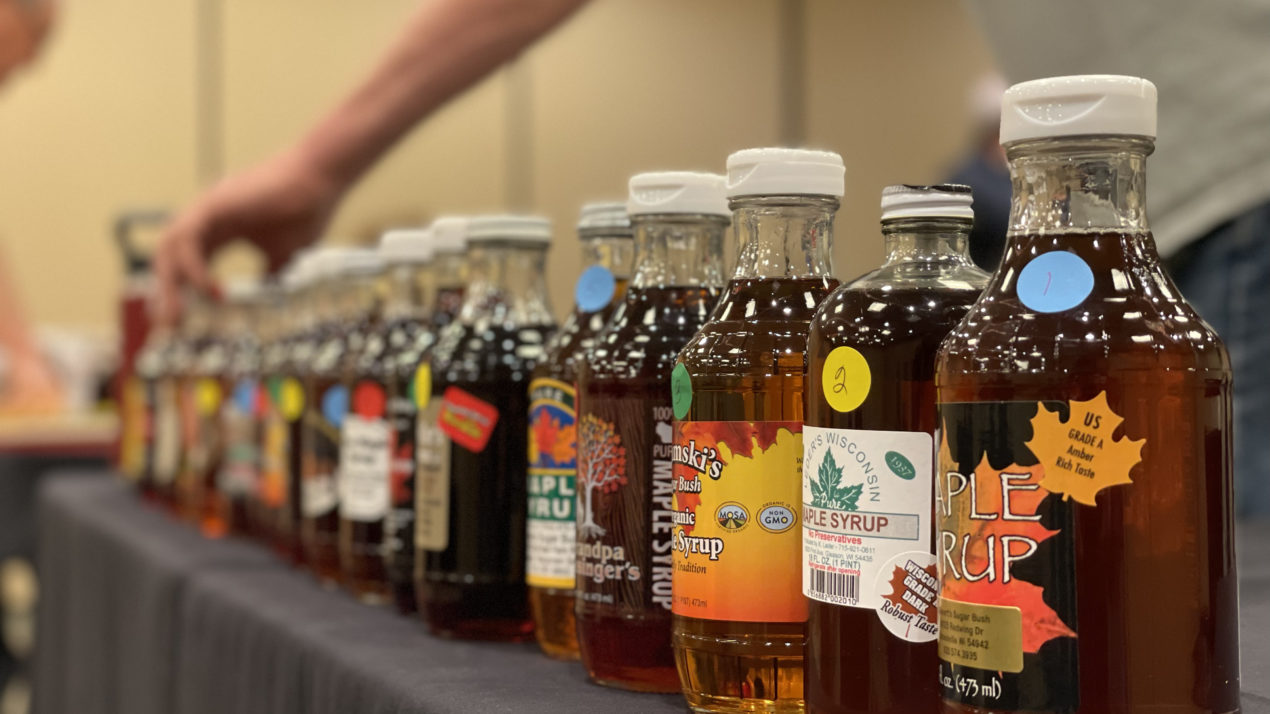 Producers in Wisconsin celebrated a successful year during the annual meeting and judging contest earlier in May. Wisconsin State Fair and plans for the International Maple Syrup Conference, held in Wisconsin this year, were also key updates from the meeting.

Before producers can sell maple syrup at the Wisconsin State Fair, the entry must receive a blue ribbon at the annual meeting. The syrup is judged on density of sugar content, color, flavor, clarity, retail container and labeling of the container scored out of 110 points. This year’s flavor taste testers were Shirley Lemke, Patti Gilbertson and Mary Simpson.

Now, producers are preparing to sell their maple syrup at the Products Pavilion at the Wisconsin State Fair. The booth will not only have syrup, but many value-added products including maple root beer, maple cotton candy and many more ways to try maple related products August 4-14.

In addition, Joe and Barbara Polak were named Honorary Life Membership, awarded by the WMSPA. The pair have been members for many years and were the 1999 WMSPA Producers of the Year. Joe, a previous WMSPA President, has promoted the industry through many educational seminars and classes. This award is recognizing the effort they have put into the association over many years.

Directors are sectioned off in the state and consist of dedicated individuals helping maple syrup producers throughout the year.

WMSPA also provided planning updates for the 2022 International Maple Conference October 26-29 in La
Crosse. The conference was cancelled in 2020 in Wisconsin and 2021 in New York and is expected to host
hundreds of attendees for, “Maplin’ on the Mississippi.”

The conference will host the North American Maple Syrup Council’s annual meeting, trade show and grading school. Tours and a special taste of Wisconsin evening will be the highlights of the conference. Attendees are welcomed any day. More information can be found on wismaple.org/2022.