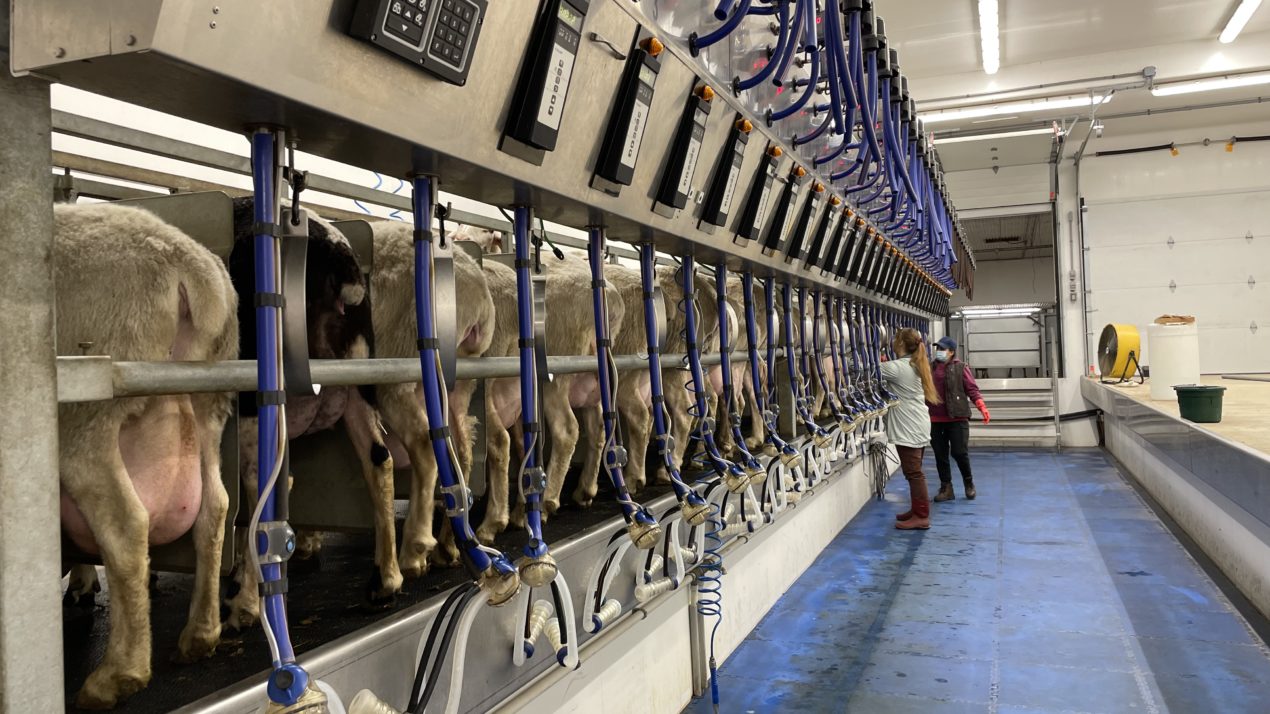 Cows aren’t the only contributors to the dairy industry in Wisconsin – a group has been working to grow the sheep dairy industry since 2012, but soon realized there wasn’t enough milk to sustain in cheese making. Starting their own flock seemed like the perfect solution.

Mariana Marques de Almeida, co-owner of Ms. J and Company, says that it took her group two years of negotiation with the USDA, European Union officials, and the Spanish Department of Agriculture to begin building their Assaf flock in Juda, Wisconsin.

Assaf sheep are known for their high milk production and floppy ears. Mariana says that their flock is the only pure breed of its kind in the United States.

Ms. J and Co’s higher producing ewes on the farm can produce more than 2,000lbs of milk per lactation, and their milk is primarily used for manufacturing. Mariana says sheep’s milk is unique because of its ability to be frozen, thawed, and still consumed as a fluid product – unlike that of their bovine counterparts.