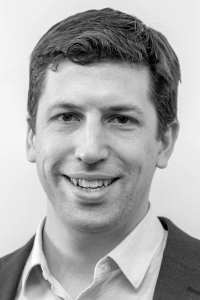 About once every five years, a package of legislation is passed that tremendously affects the lives of farmers — and all Americans. The “farm bill” governs policy in many areas related to the agricultural sector, including farm income support, food assistance, trade, conservation, disaster assistance, nutrition, and more. The last farm bill was passed in 2018, and farm groups are gearing up to hopefully pass a new one in 2023.

Wisconsin Farmers Union (WFU) is inviting farmers and other rural stakeholders to gain a deeper understanding of the farm bill process during a noon webinar on January 25th. The event kicks off the family farm organization’s state convention week.

“Now is the time for farmers and the groups that represent them to be finding unity on our priorities for the 2023 Farm Bill,” says WFU President Darin Von Ruden, a dairy farmer from Westby. “Food security, dairy, climate change, and conservation will all likely be front and center in the discussion, and Farmers Union is poised to be a strong voice on those issues. We’re looking forward to collaborating with other groups and elevating our members’ voices throughout this process.”

The first farm bill was the Agricultural Adjustment Act of 1933, which was a part of the New Deal. In response to the drop in U.S. crop prices after the first World War and the effects of the Great Depression and the Dust Bowl on farmers and agricultural markets, the act created programs to reduce surplus and raise crop prices. Though the farm bill has changed some over the past century, it remains a critical component of U.S. agricultural policy today.

“Our members have developed strong grassroots policies and established key priorities as we head into this process,” added WFU Government Relations Director Nick Levendofsky. “We look forward to weaving those issues into the farm bill in ways that are good for farmers, consumers, and the land.”

Over 200 members will convene for the 91st annual WFU State Convention, being held virtually January 29th. WFU is holding two conventions in 2022 as it shifts to December conventions moving forward. Save the Date for the 92nd annual convention Dec. 9-11, 2022 at Chula Vista, Wisconsin Dells.