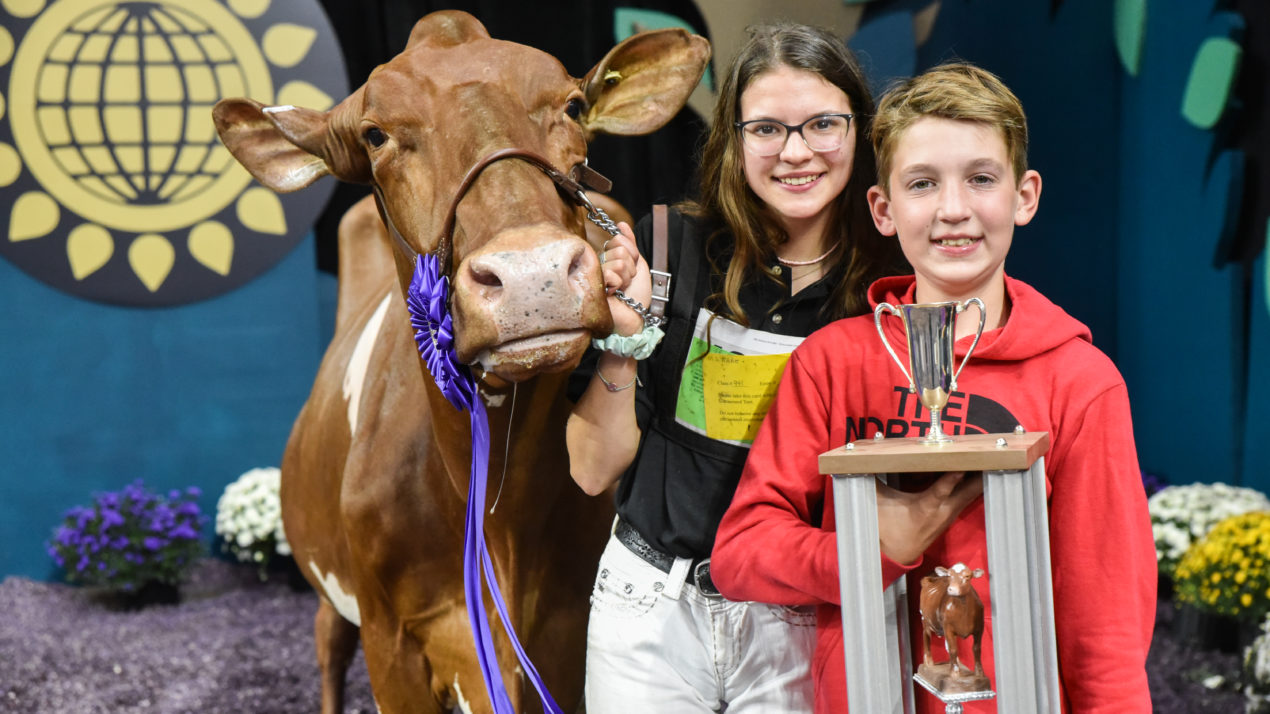 Back again for the fourth time, Maple Fudge Of 12 Oaks, owned by Colton and Ashley Brandel of Lake Mills, was named Senior and Grand Champion of the International Junior Milking Shorthorn Show.