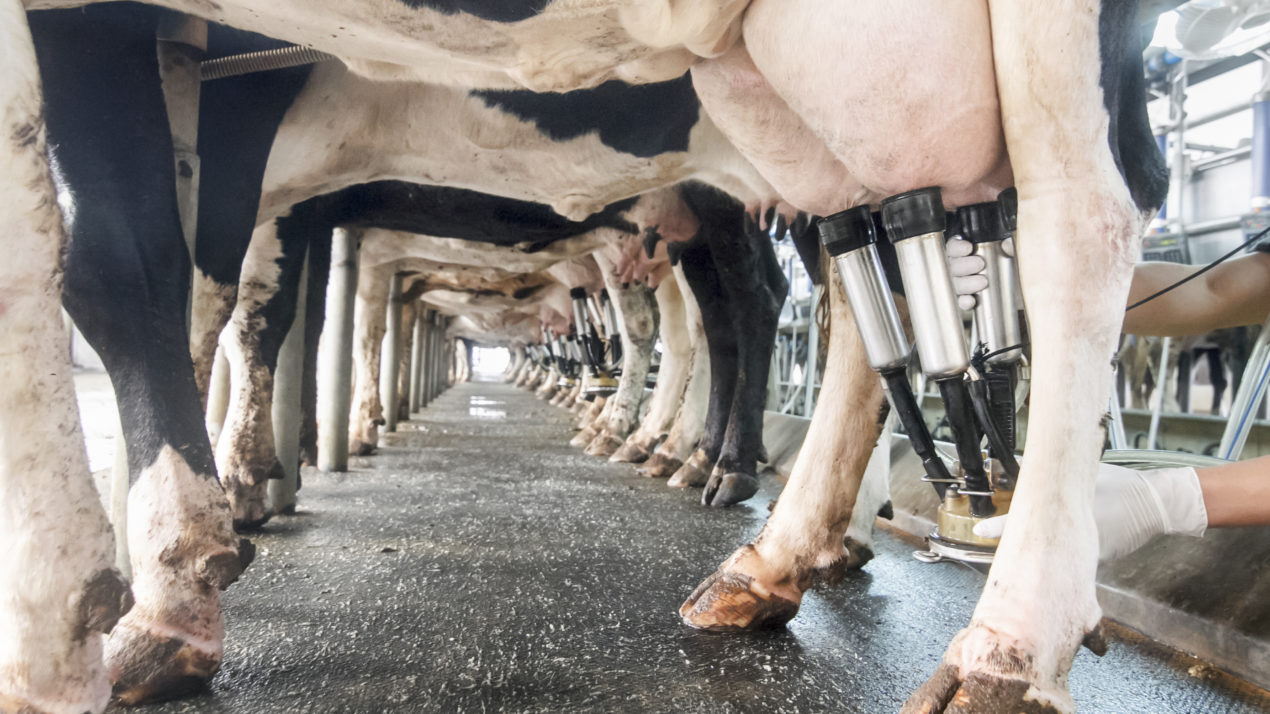 Despite certain setbacks, milk production in Wisconsin continues to climb. This increase was demonstrated in the report released by the USDA yesterday.

During the month of May, production totaled 2.73 billion pounds, which is up 6% from this time a year ago. This was made possible by a total of 1.27 million dairy cows around the state. That number is the same as last month’s report, but 17,000 head more than last year. Put together, we see that average milk production per cow is up then 85 pounds on a monthly basis from last year, at 2,145 pounds per cow.

Wisconsin still stands at a solid second in milk production, only to be preceded by California. Milk production across the United States totaled 19.9 billion pounds, up 4.6% from last year. Total number of milk cows also was up from last May, at 9.51 million head across the map. That is up 145,000 head from last May. Even outside of Wisconsin, the dairy industry keeps seeing an increase in efficiency. Per cow production for the whole country averaged 2,088 pounds for the month of May, 61 pounds more than the previous year.