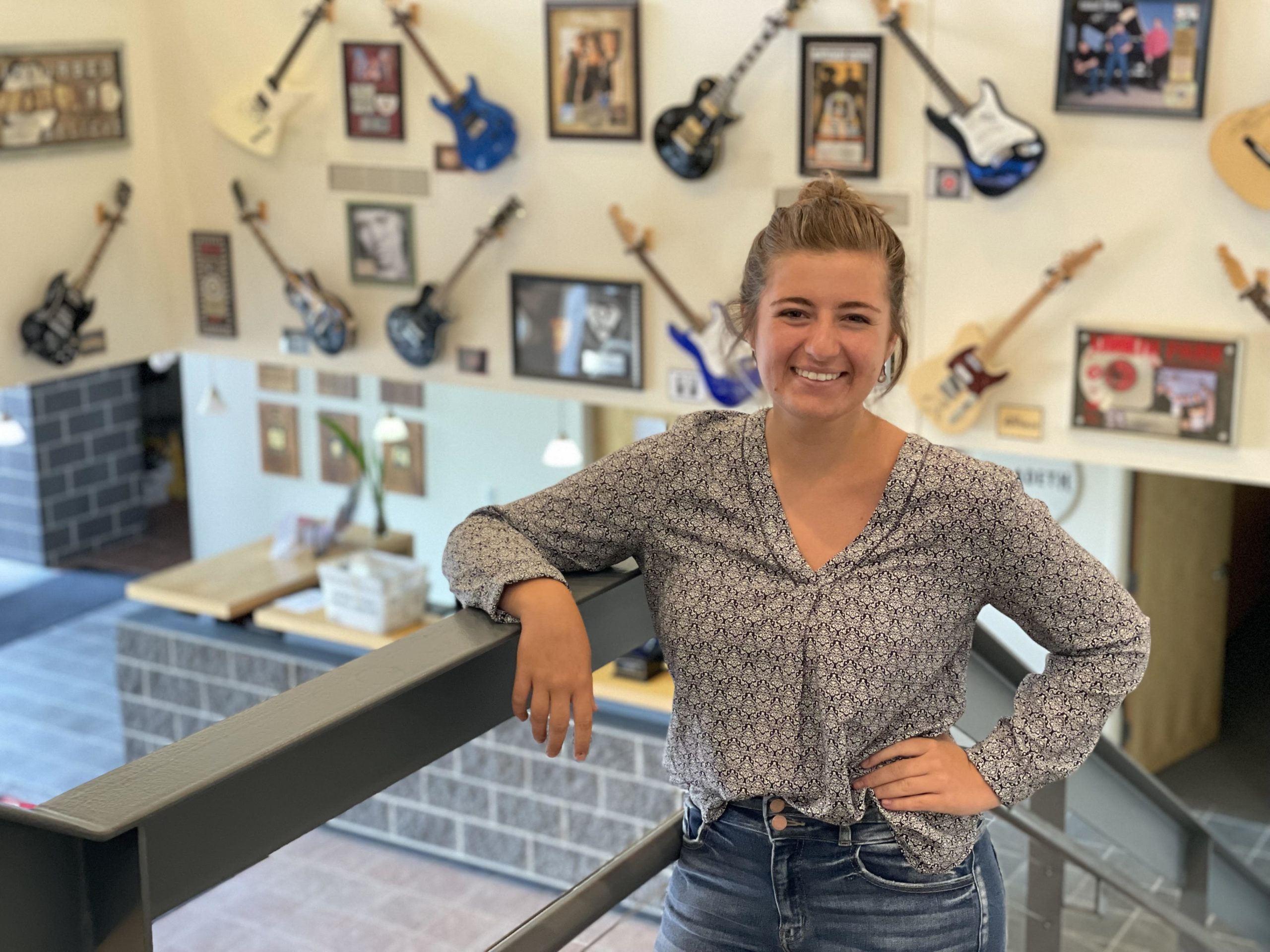 Hoff is a native of northwest Wisconsin, growing up in small towns around Thorp. She and her partner, Conway, now reside in Madison.

Hoff’s passion for agriculture began in grade school, when she and her family spent a summer together putting up fences and a small barn. She and her younger sister farrowed their own pigs for the Clark County Fair. Her family also raises beef and a few fainting goats. Hoff was active in her FFA chapter, serving as the reporter for her officer team, traveling to various leadership conferences and competing in speaking events.

Hoff took her passion for agriculture to UW-Madison, where she graduated with a degree in life sciences communication from the College of Agriculture and Life Sciences. Some of her campus highlights include working for Grow magazine, the Wisconsin Farms Oral History Project and the Babcock Hall Dairy Plant. She also hosted her own radio show on campus called Women in STEM.

After graduating in December 2019, Hoff was selected as a finalist for the Alice in Dairyland program. She received a certificate from the state of Wisconsin for agricultural communications and marketing as part of that experience.

Prior to joining Mid-West Family Broadcasting, Hoff was the editor at WisBusiness.com. There she covered a wide range of Wisconsin industries, including health care, manufacturing, infrastructure and of course, agriculture.

Hoff looks forward to zoning in on ag and telling the story of Wisconsin’s iconic industry with those both new and familiar to everything agriculture encompasses.