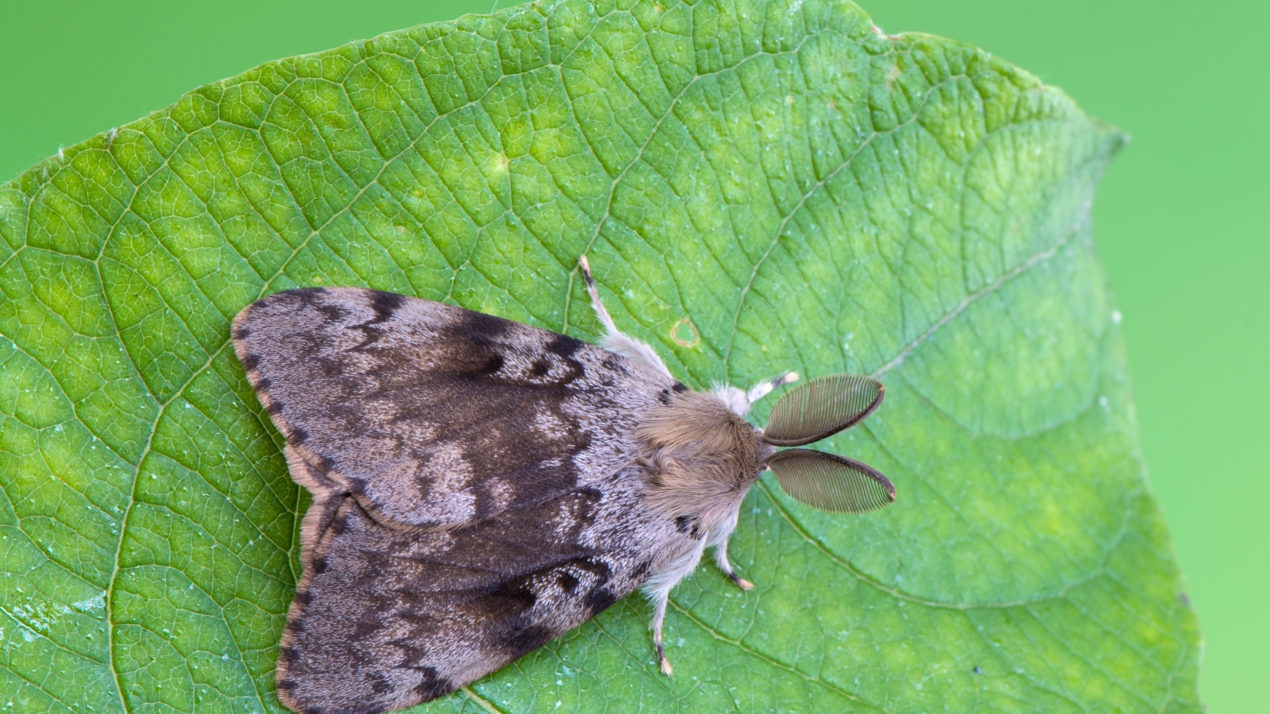 Residents of nine western Wisconsin counties can expect to hear and see low-flying planes in the early morning beginning in late June. The planes are part of aerial gypsy moth treatments planned at 21 sites in the following counties: Crawford, Douglas, Dunn, Grant, Iowa, La Crosse, Rusk, Trempealeau and Vernon. Treatments will end in mid-July in northwestern Wisconsin. A map showing specific treatment areas can be found at https://datcpgis.wi.gov/maps/?viewer=gm.

Yellow planes contracted by the U.S. Forest Service in a joint project with the Wisconsin Department of Agriculture, Trade and Consumer Protection (DATCP) will be applying an organic, biodegradable mating disruptor. Unlike the spring treatments that targeted gypsy moth caterpillars, the mating disruptor targets adult male moths. According to the Environmental Protection Agency, this pheromone presents no health risk to humans, and no adverse effects have been reported in the two decades that it has been used for gypsy moth control.

“Female gypsy moths do not fly. They give off a pheromone, or chemical scent, which attracts male gypsy moths,” said Christopher Foelker, DATCP’s gypsy moth program manager. “The organic product we apply to the tree canopy emits the same scent, so the male moths cannot find the females. These treatments are highly effective at reducing the mating success of this insect, without causing harm to humans, animals, birds, or other insects.”

The gypsy moth has a wide range of harmful effects on local communities. The cost of removing dead trees can range from several hundred to over a thousand dollars, and the loss of mature trees decreases property value. During the spring and summer, gypsy moth caterpillars shed bristly skin as they grow. Bristles from the cast skins become airborne and can irritate eyes, skin and the respiratory system of humans.

Treatment dates and times are weather dependent. Anyone can sign up to receive email notifications about treatment plans at https://datcp.wi.gov/Pages/GypsyMoth.aspx. Daily updates during the treatment season are posted to DATCP’s Facebook and Twitter account. To hear a recorded message about the plans, call the toll-free Gypsy Moth Information Line at 1-800-642-6684. Press menu option 1 for updates.

These aerial treatments are conducted under DATCP’s Slow the Spread Program. It focuses its efforts in western Wisconsin, where gypsy moth populations are low or beginning to increase. The objective is to slow the westward spread of gypsy moth. To learn more about the program, visit https://datcp.wi.gov/Pages/GypsyMoth.aspx.