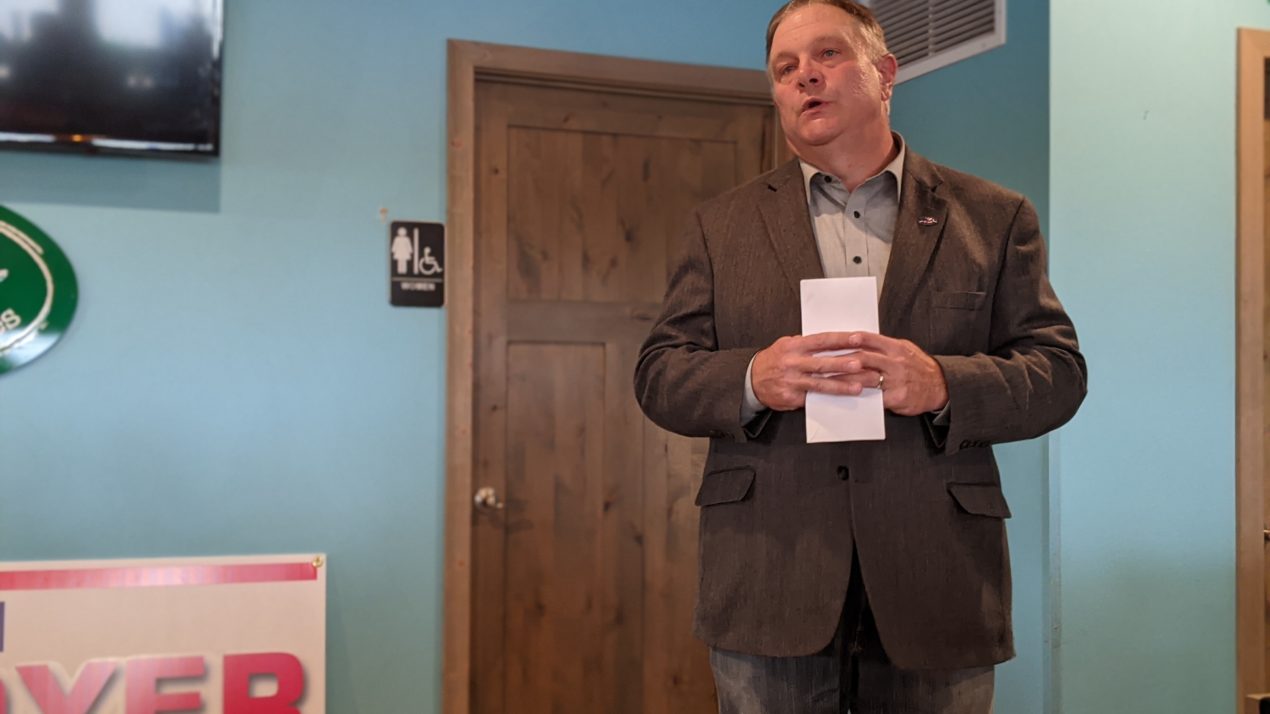 As an agronomist, Kevin Hoyer learned the best way to tackle systemic problems was to start at the root. That is the approach he hopes to take as a candidate to represent the 94th Assembly District.

Hoyer was born and raised on a dairy farm north of West Salem that he and his wife, Jody, continue to operate today. His brother manages the dairy while they focus on cash crops such as corn, soybeans, rye, oats, and alfalfa.

“We also work with pasture land and woodland to help the diversity and make sure we can move forward to the next generations,” Hoyer said.

His passion for policy came from involvement on the state and national levels. In 2003, he started on the Wisconsin Soybean Association and later was part of the American Soybean Association. Hoyer was elected vice president during his last term. The opportunities helped him understand how policy is made and that grassroots, non-partisan efforts are effective for finding solutions.

“I did have a hand in leading that organization forward and help set up their strategic plan for the next five years,” he said. “That organization did a lot to help rural communities just like here in the Lacrosse area with rural issues.”

Such issues top of mind for Hoyer include infrastructure, rural economics, sustainability, and environmental issues such as water and air quality and soil conservation.

“There are practices that I’ve pushed for and advocated for many years,” he said. “I’m doing them on the farm by using conservation practices, no-tillage practices that actually sequester carbon right back in the soil where it belongs. We can help mitigate climate change issues that we are struggling with at the current time.”

He chose to challenge incumbent Steve Doyle for the 94th District Assembly seat after becoming frustrated with a lack of representation of local demographics.

“I look to people that can bridge that gap bring ideas forward build on a grassroots effort go forward on a non-partisan basis and represent those that put us into that position of leadership and representation where we belong,” Hoyer said. “I just thought that we could do a better job. The 94th District deserves someone who looks out for the 94th District.”

He admits 2020 brought unforeseen challenges from health care to civil and societal concerns.

“We need to have some frank discussions on how to protect small businesses so we can keep our economy rolling,” Hoyer said. “We need to get back to how to protect ourselves in our community and in our homes, and with the police social issues going on, it is very important that our law enforcement community has the proper resources, funding, and support so they can do their jobs to the best of their abilities.”

Hoyer encouraged residents to not miss opportunities to make their voices heard.

“Elections are one of the most basic, fundamental rights that we have in this country,” Hoyer said. “Too many times, I see people taking them for granted or saying, ‘my vote doesn’t count. My voice doesn’t count.’ That’s really not true.”