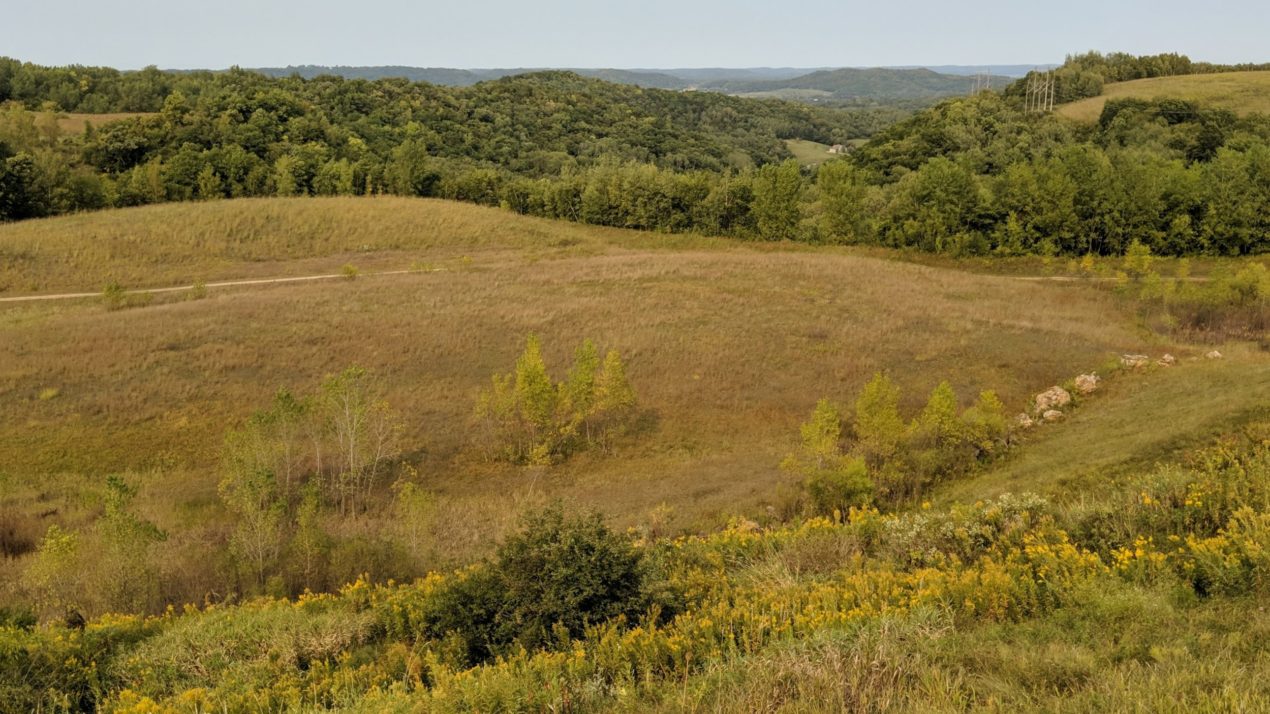 The La Crosse conservation group, Friends of the Blufflands, has been awarded a $2,000 grant from the C. D. Besadny Conservation Fund of the Natural Resources Foundation of Wisconsin for its restoration work on Lookout Prairie in Hixon Forest. With the City of La Crosse contributing $2,000 in matching funds, Friends of the Blufflands will be able to hire a qualified restoration contractor to assist its on-going efforts to restore the Lookout Prairie by eliminating invasive trees and plants.

Lookout is one of several hills or remnant prairies in Hixon, owned by the City of La Crosse, and a focus of restoration and preservation efforts for many years. With this grant and the City’s matching funds, Friends can dedicate more resources to the preservation and protection of this prairie ecosystem with its unique flora and fauna.

John Knight serves on the Friends of the Blufflands board and applied for the grant.

“When the settlers first came to this immediate area, most of the land was prairie and not forest as we think of it now,” he said. “Through tree planting and other agriculture projects, we ended up with a lot more forest than we did prairie. What we are trying to do is re-establish some of these historical prairies.”

He explained the efforts will concentrate on removing and inhibiting invasive trees and plants to maintain an open canopy and increase exposure to sunlight to promote the growth of native prairie flowers, grasses, and other desirable plants.

“This is an ongoing project, and there are some areas where we really need some professional help to get this done,” Knight said.

Work will involve cutting and then treating the stumps and stubs of invasive plants with an appropriate herbicide, collecting and piling the cuttings off the prairie, and then burning those piles at the appropriate time.

Among the invasive species includes Japanese Stilt Grass which made its first official mark in Wisconsin when it was discovered by a visiting botanist in August in La Crosse County.

“We are aware of that and have done some cutting ourselves,” Knight said. “We are trying to identify other passes such as the hiking paths near the Mathy Quarry.”

So far, their efforts are taking root.

“In just what we managed to cut ourselves, there are prairie plants already popping up,” Knight said. “They are reseeding themselves already which is really nice to see.”

Friends of the Bluffland is always open to volunteers that they train to help increase efforts as well as new members to the nonprofit.

Friends of the Blufflands is a 501(c) organization whose members and volunteers in 2020 have put in nearly 1500 hours of time on restoration projects in Hixon Forest and other conservation projects. The grant is one part of the expanding efforts of Friends of the Blufflands to access additional external funding as it works cooperatively with the City of La Crosse, the Mississippi Valley Conservancy, and other area conservation groups to restore, maintain and sustain natural resources for the benefit of all area residents and nature lovers.