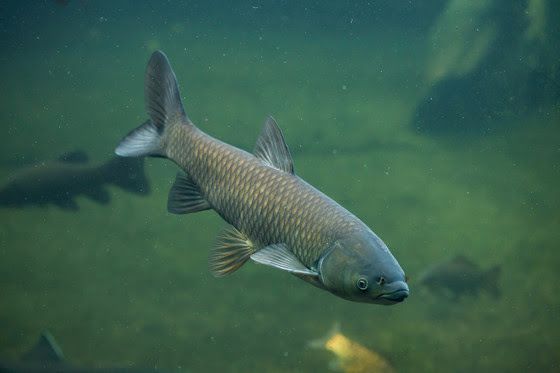 The charges against the operator of Li Fish Farm, LLC, a Grant County-based fish company, is the first case involving illegal sales of Asian carp. A complaint from a member of the public sparked an investigation by the Wisconsin Department of Natural Resources.

These types of Asian carp, bighead, silver and grass, are different from the carp commonly known as German carp, which have lived in Wisconsin since the mid-1850s.

The fish farm operator is facing four criminal charges of Possess Illegal Fish and a fifth charge of Violate Vehicle ID Requirements when Transporting Fish. The case is pending in Dane County Circuit Court system. Additional pending citations for similar violations are expected from the DNR Bureau of Law Enforcement.

The Conservation Warden investigation focused primarily on activities during 2018 and 2019. However, the alleged illegal fish activities were ongoing for several years before.

Specifically, the list cites these threats for each type of carp:

In Wisconsin, the invasive carp species must be either eviscerated (gutted) or have the entire gill covering severed. This requirement exists because these carp species have been known to survive out of water for up to a day or longer. Gutting them or severing the gill plate ensures the fish cannot be revived or survive if released into waters.

The investigation found nearly all the carp sold or transported by the wholesale fish dealer on the Wisconsin side of the state line had been completely intact and therefore illegal in Wisconsin. Although the carp were not in water tanks when illegally transported into Wisconsin, the species retains the ability to be revived once returned to water.

“This illustrates why the law requiring this carp species be eviscerated or have their gill covering severed is an important protection of our native Wisconsin fish,” Stroess said.

Other violations include operating a wholesale fish dealer vehicle without having it marked in any way to indicate it contained fish and failing to create or maintain required records. Records are essential for being able to trace fish back to the commercial fisher who caught the fish or to the business who sold the fish, especially for species that are highly regulated.