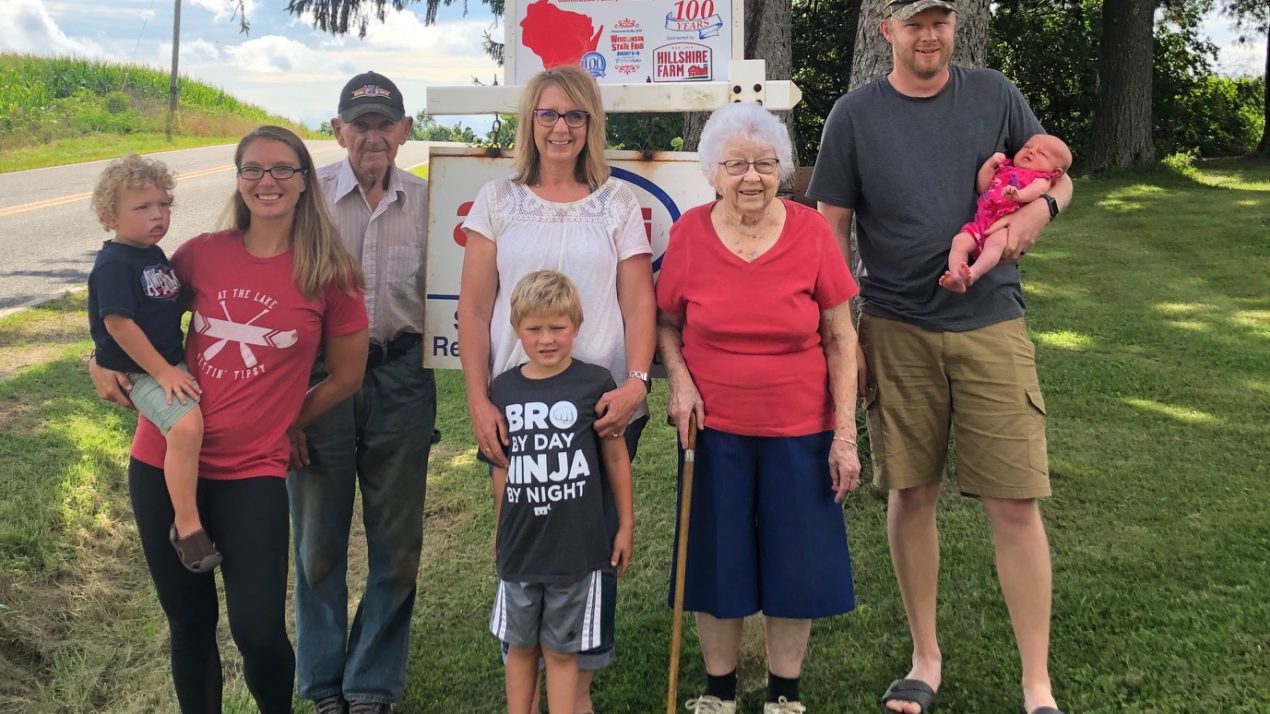 The Starch Family of Coon Valley has owned their farm in La Crosse County since 1877. For perspective, it was in that year that the very first telephone line was installed in the US, Colorado became the 38th state to be admitted into the Union, and the very first Westminster Dog Show took place.

Rueben and Mary Louise Starch are the current owners of the farm and are the third generation of owners. But for the Starch Family, owning the farm is a family affair as the fourth and fifth generations are also involved in the farm itself. Rueben explains that the operation used to be a dairy farm but the cattle were sold back in 2000 and it’s now mostly crops that they raise. “We have corn and hay,” he proudly explains.

As for the family’s favorite farm memories? That’s an easy one to answer for Grandpa Rueben; “When Lisa (his daughter) graduated we had a great, big party,” he says. “We had people from Minnesota and who knows where” come out and celebrate the accomplishment. “We had a band here and danced and drank beer…a little bit of everything.”

Josh Scramlin recently visited with multiple members of the Starch Family over the phone and you can hear their entire conversation by clicking the play button below: