Home » Blog » News » The Shows Go On- and Exhibitors Attend 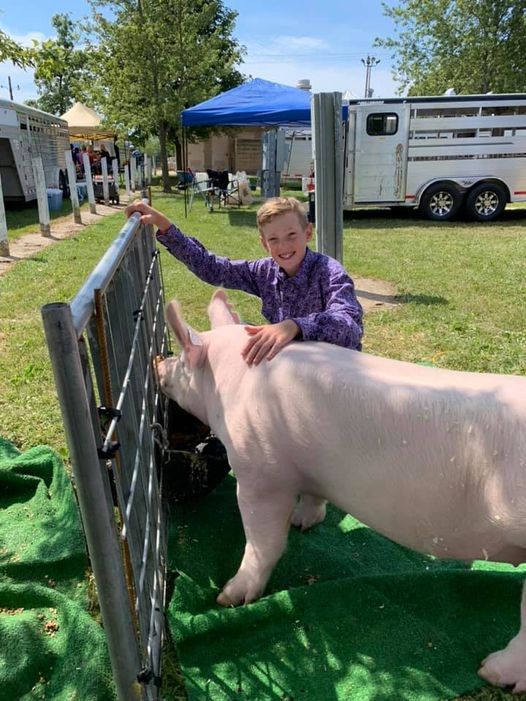 The Wisconsin State Livestock Expo was 120 head of hogs over what what was exhibited at the Wisconsin State Fair last year. Sheep and Beef numbers were right at the same as a traditional State Fair Show. Just because many fairs were canceled due to COVID does not mean that exhibitors were not given a chance to show off their projects.

Ben Schmaling, one of the organizers at the Wisconsin Livestock Expo, which was a replacement for the Wisconsin State Fair Meat Animal Shows, says that especially after seeing the trailers roll in and the exhibitors hop out of the truck, the excitement was contagious. The show took place at the Racine County Fair Grounds, which worked with the organizers with every aspect of the show.

Baylin and Brynlea Crull were two of the exhibitors at the show and along with their friend Kaden Butts, they have some tips to keep the same pig in show condition all summer. Brynlea says that her favorite part of the Swine Project this summer has been showmanship, and Baylin has enjoyed reconnecting with friends throughout the state. Kaden’s favorite part has been seeing how different groups organize their shows, considering many traditional shows were canceled.