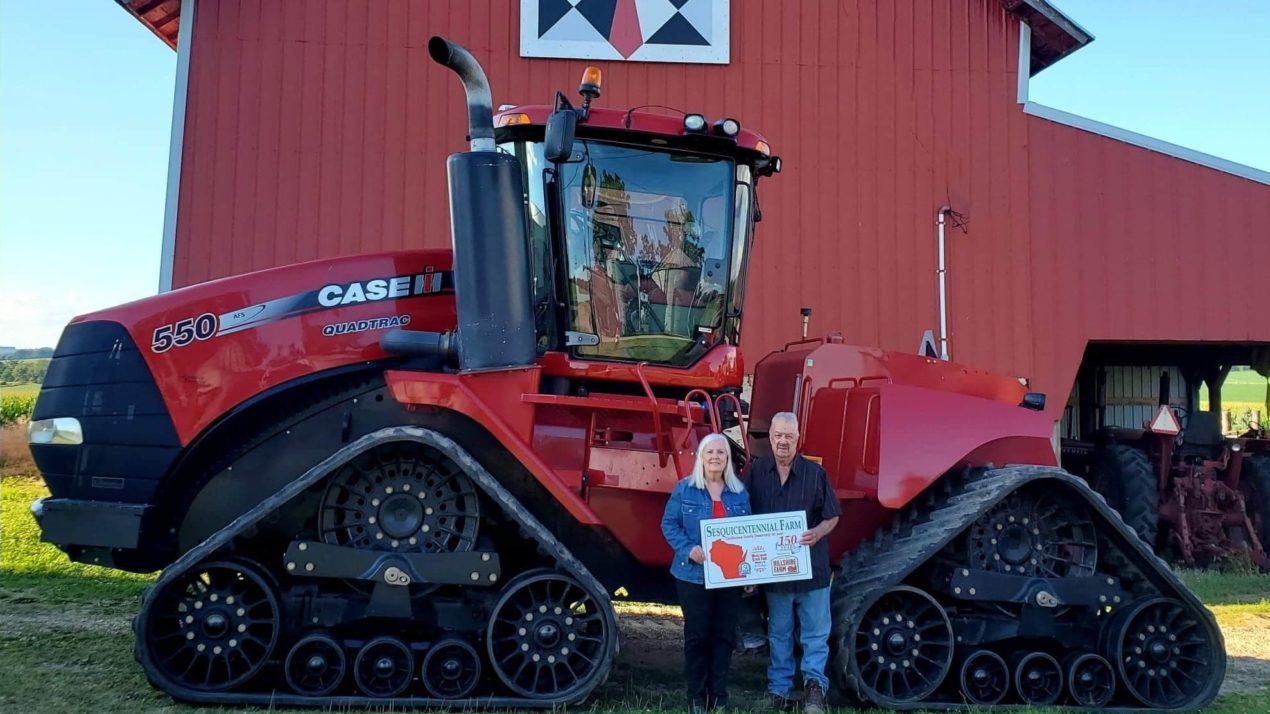 The year is 1870. Ulysses S. Grant is the President of the United States, the National Weather Service issued their first ever weather report, and the U.S. only had 37 states at the time. It was also in 1870 that the Grenawalt family settled on their farm in Newark. To this day, the Grenawalts still farm that same land in Rock County, making them a Sesquicentennial Farm and Home Award recipient in 2020.

David and his wife, Marilyn, are the third generation owners of the family homestead. The farm was originally owned by David’s great-grandparents and then his grandparents. His grandparents sold him the farm after their own children opted to not own the property. “It skipped a generation,” David jokes. The farm is currently a crop farm with about 1,000 acres of corn and soybeans. But it hasn’t always been that way. “My grandparents and great grandparents milked,” David explains. Then, we he bought the farm they raised beef cattle and farrowed hogs for quite a while. It’s been a little bit since any animals were on the farm as David says “the last cattle we had was in 1996.”

As for some of his fondest memories, David says being able to work alongside his grandparents and have his kids grow up on a farm tops the list. Being awarded the Sesquicentennial Farm and Home Award is up there as well, he explains. “There’s no better way of life” than life on the farm, according to Grenawalt. As for the future of the farm? David’s children plan to take over the operation and make it a fourth generation farm. Beyond that, the grand-kids are too young to tell if a fifth generation is possible. Regardless, this Rock County family has plenty to be proud of.