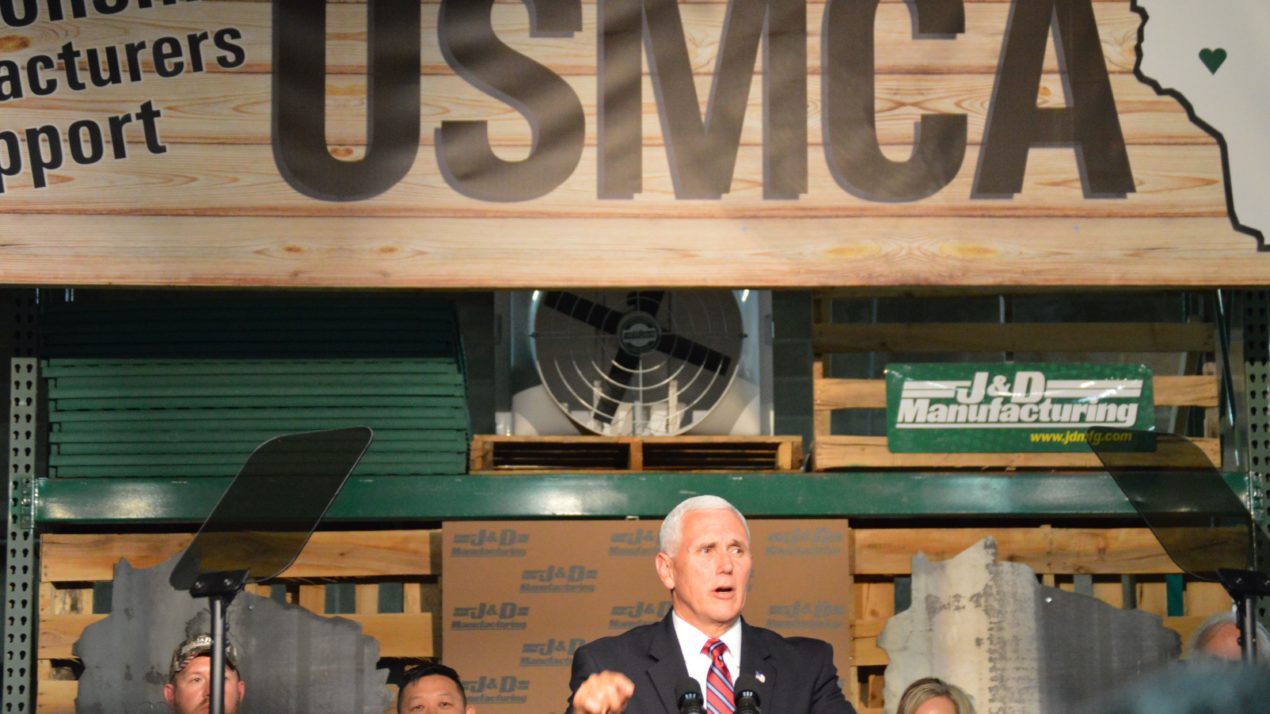 After the farm tour, Pence is scheduled to participate in a round table discussion about the United States-Mexico-Canada-Agreement (USMCA) that went into effect July 1.