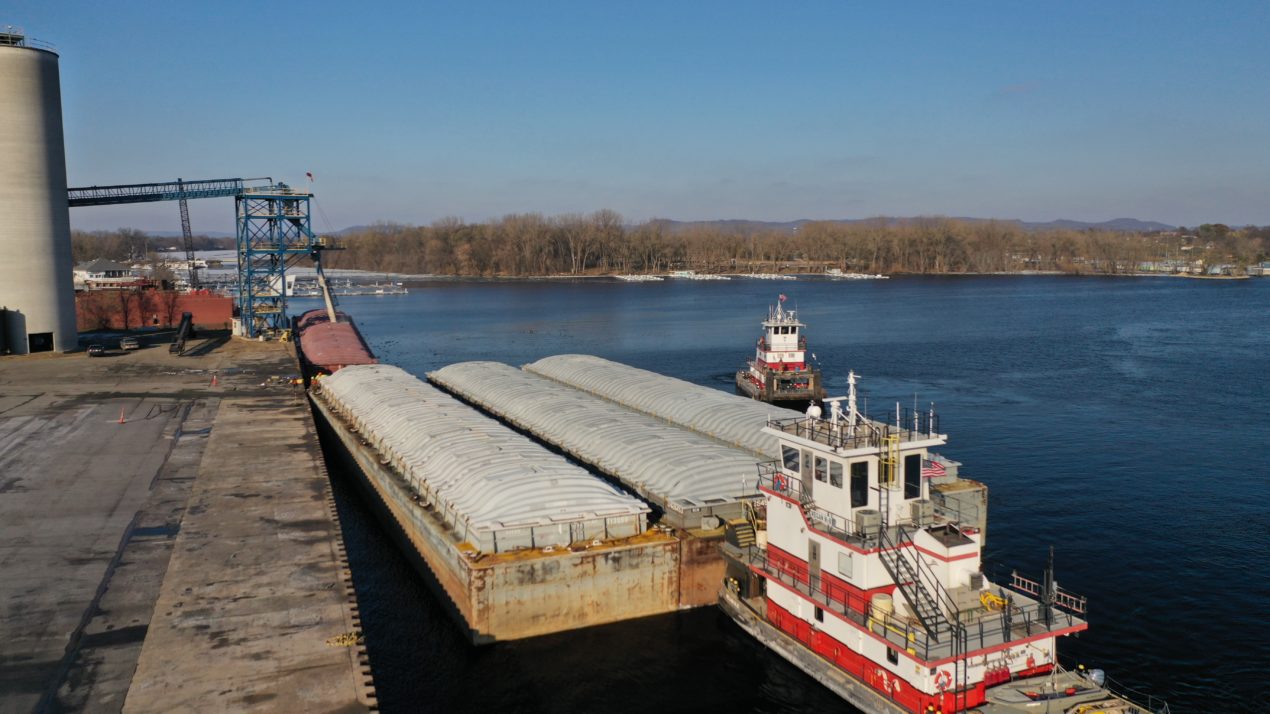 Water levels have largely cooperated for those working to move products along the Mississippi in 2020, a relief after 2019’s summer of high water.

Adam Binsfeld, Brennan Marine, Inc. president, said there was a spike in the river stage earlier in the year with seasonal high water, but no weather yet has impacted their work compared to last year.

Typically, first barges of the season start moving through the La Crosse area at the end of March or start of April. That movement was washed away until July 1 in 2019.

“It was a very difficult year, one I would sure not like to repeat,” Binsfeld said.

This year, there was some lock and damn work south of La Crosse that cause a brief holdup, but barges began making their way the first week of April.

“That wasn’t bad at all,” Binsfeld said. “It was a good startup. The high water has really been manageable this year.”

The cargo is gain from farmers as far as 200 miles east and west of the Mississippi River.

“It allows the farmers to access the world market with their product,” Binsfeld said. “I think without the river and the commerce on the river, we certainly wouldn’t have so many farmers in the area.”

Despite backups from 2019, Binsfeld has not noticed any backlog of shipments that were carried into this season.