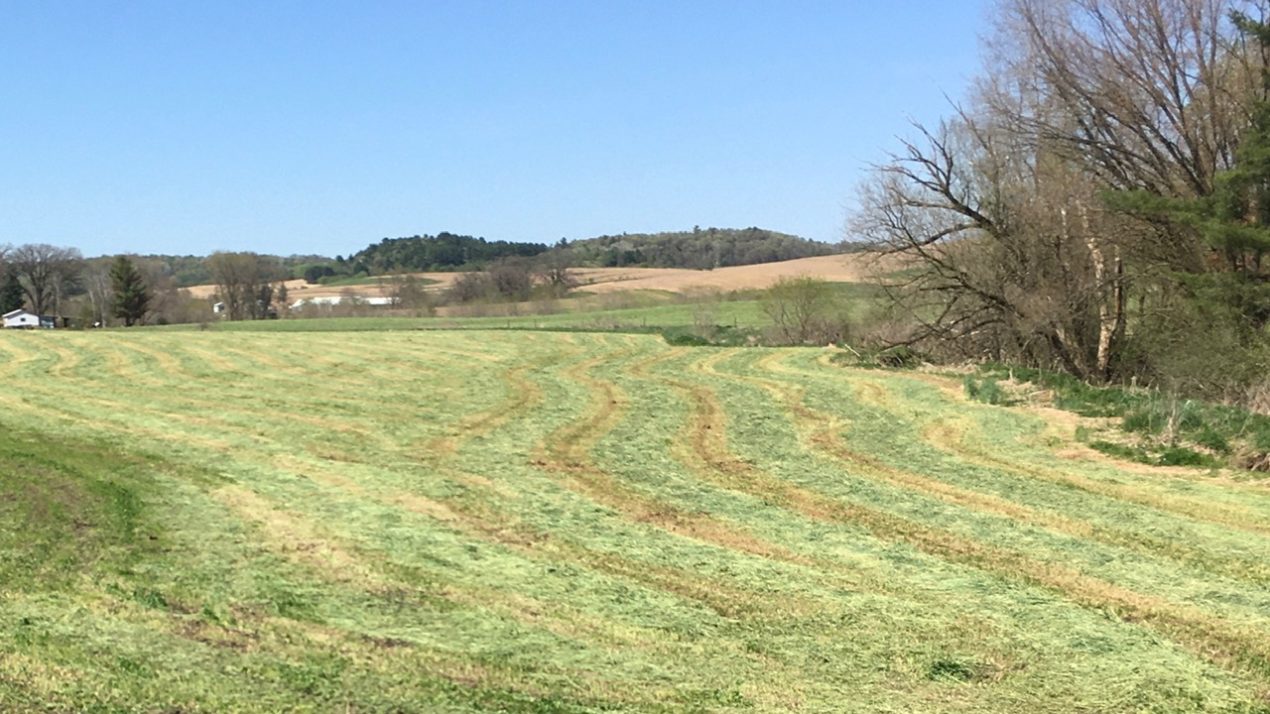 A sweet smell so pleasantly familiar to Wisconsin during late spring and early summer drifted into my truck’s cab yesterday afternoon as I traveled along a Jackson County road.

Forage had been cut.

A glance left and right through the truck’s windows showed a couple of fields of green that had given a neighborhood haybine the season’s first exercise.

The field was a cover crop of rye and clover the farmer said would be chopped as heifer-feed; the field then would be no-till seeded to corn.

It isn’t yet the full-out cutting of forages yet to come, with two area University of Wisconsin-Extension agents reporting that the earliest alfalfa has a few days to go before reaching the optimal relative feed value. But certainly was good to smell and see that early cutting of a forage.