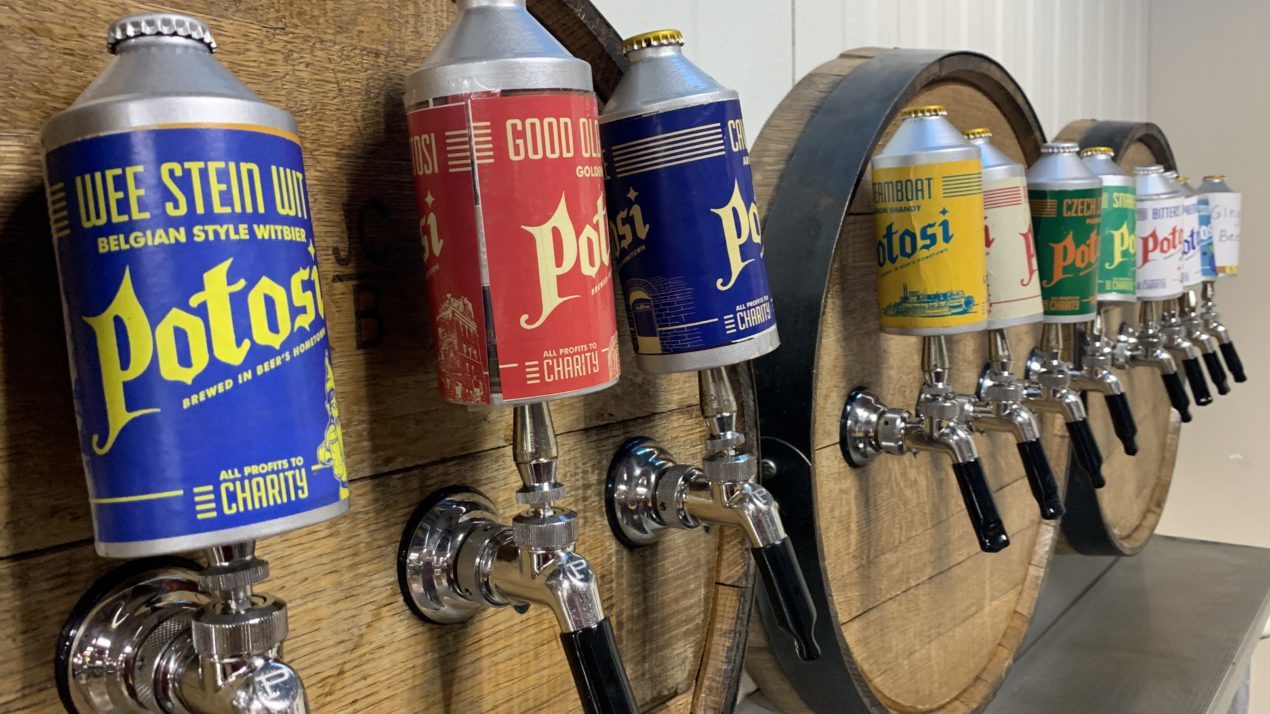 This story was originally published in June 2019.

Anytime we can use locally sourced products we do that,” explains Dave Fritz, Volunteer President of the Potosi Foundation, as he holds a handful of assorted grains in his palm.

The Wisconsin brewing industry is one that relies heavily on agriculture for its ingredients, especially at the Potosi Brewing Company. Even some of the brewing equipment is made by a dairy manufacturer. And what happens to the grain by-product once its done being used to make beer? “It’s pumped out into a wagon…and then we have a local farmer that takes the product and then blends it with whatever supplements they want and they feed it to their cattle,” Fritz said with a grin on his face. It’s examples as such that show just how committed this small town beer maker is to Wisconsin’s farmers.

This historic beer producing operation had its original run from 1852 to 1972. At the pinnacle of production it was the fifth largest brewery in Wisconsin. After its closure the building sat vacant and “went into a state of ruin,” said Fritz. Fast forward to the present: after decades of remodeling and millions of dollars in donations, the Potosi Brewery is back and better than ever.

Not many breweries can say that they ceased business operations for decades, battled an abandoned and asbestos-ridden building, and now donate all of their profits to charity. But, the Potosi Brewery can say they accomplished all of the above.

To get a tour of the beer making process from President Dave Fritz and learn about the close relationship between Potosi beer and Wisconsin agriculture, click the play button below.