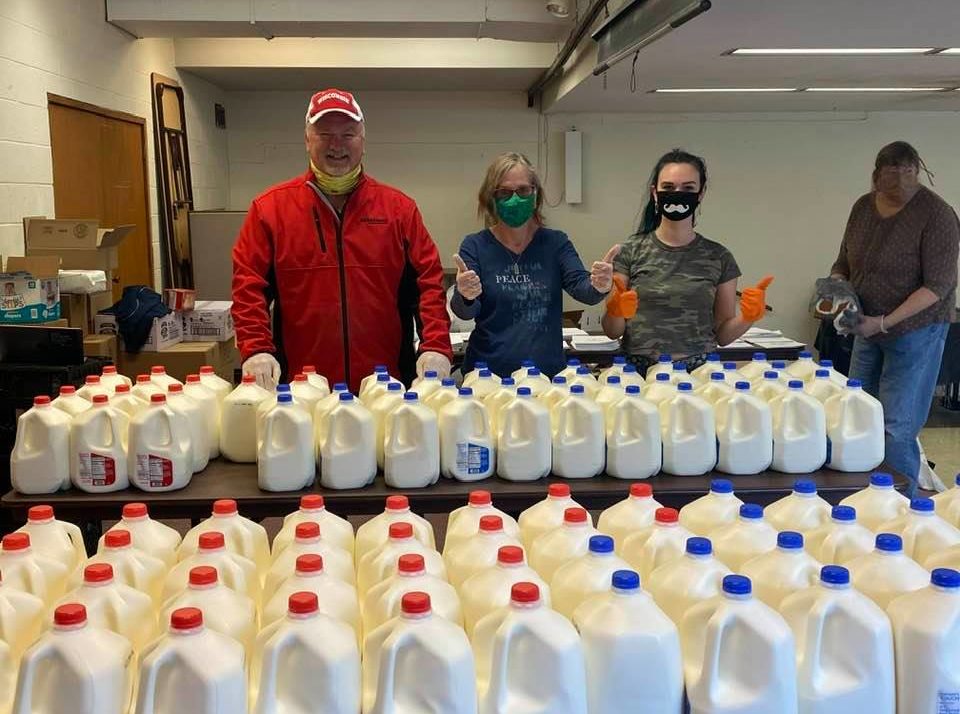 What started out as an idea has blossomed into a full-blown movement in America’ Dairyland. Rural Mutual Insurance agent Daryl Pulsfus, of Prairie du Sac, posted on his Facebook page on April 9th that he wanted to do something to help Wisconsin’s dairy farmers. “Currently there is no coverage for farmers being forced to dump milk. And I feel awful. I need to do something,” his Facebook post said, “Our agency is willing to buy gallons of milk and deliver to your homes by me or my staff.”

Fast forward one month later and Daryl’s plan to donate gallons of milk to those that need it has touched nearly ever corner of Wisconsin. Pulsfus has spent roughly $3,000 of his own money buying milk and donating it. He has received countless checks in the mail, as well as other donations, from others that want to help out. Sauk Prairie FFA also got in on the action and began delivering the gallons to families that requested it. “Right now they’re delivering to 280 families every week,” Pulsfus says.

The Rural Mutual agent’s efforts have even helped out a number of food banks and school programs in Madison. “I’m doing close to a 1,000 gallons a week to all of them,” he told the Mid-West Farm Report. With his initiative approaching the one-month mark it is estimated that Pulsfus’ idea has generated around 4,000 gallons of donated milk. That number will continue to climb as Pulsfus says he has heard of other Rural Mutual agents around the state follow his lead. As previously reported, FFA chapters all over have also started efforts to give farmers some relief.

Pulsfus says he will go on with this movement for as long as he can. Financially he has enough donations to run this program for another two weeks and is planning to stop donating milk once he sees restaurants opening up and some of the pain go away. To hear Pulsfus’ full interview with Josh Scramlin on the Mid-West Farm Report please click the lay button below: