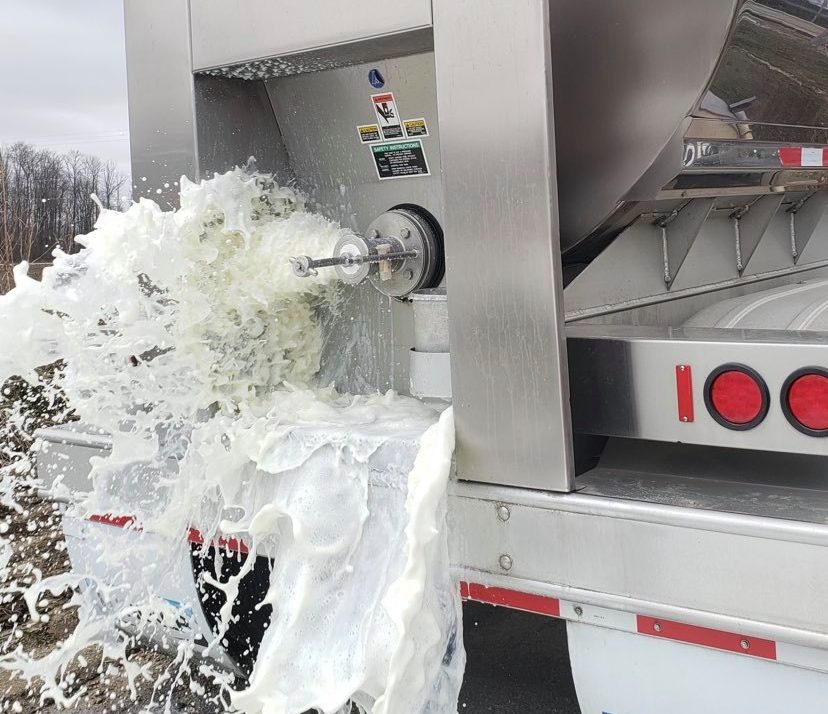 The WAXX 104.5 and Midwest Farm Report team has been working during recent days to keep up with the quickly-developing story about milk-dumping in Wisconsin.

Our colleague Pam Jahnke and her crew on the southern end of The World’s Longest Barn have done more than their parts in getting together the early facts about the story; here we’ll offer a special invitation to see the blog Pam wrote last evening about why the dumping might be happening. And, of course our entire crew is, at every turn, finding more about the story.

This is a story that’s about facts, and we in the news business do our best to keep it that way. But that’s difficult when emotions are so deep — especially where farming and what farmers produce are concerned.

It’s at a bit of a risk that I go personal here and momentarily step aside to allow some of that emotion affect me. It was, after all, the dumping of milk that caused me to see for the first time my farm-hardened father sob with tears.

I was a child coming-of-age in the 1960s when a national organization called for farmers to dump their milk for a few days in attempts designed to help farmers get control of the milk prices they received. My father wasn’t a member of that organization, but neighbors who were members convinced him to join the dumping movement.

The morning’s chores were done, and I wasn’t in the milkhouse that day when he opened our bulk tank’s valve to allow the prized product produced by our Holsteins to run out into a drainage ditch and then into one of our fields. None of us ever could have dreamed before that day that we’d see our beloved food product — our livelihoods — streaming out into that field instead of being pumped into our local cheese-plant’s truck.

Dad wasn’t up for much breakfast that day. Instead, his morning was filled with emotion and tears such that I’d never seen flow down his weathered cheeks.

He vowed that morning to never again purposely open that valve to allow our farm’s milk to be wasted; he believed there was a measure of sin in allowing good food to be dumped in that manner. There had to be better ways, he said.

There’s no judgment from these quarters about the ongoing milk-dumping. But those who’ve known the anguish such an action creates in the spirits of those who’ve opened valves in the past understand the feelings of those opening the valves today.