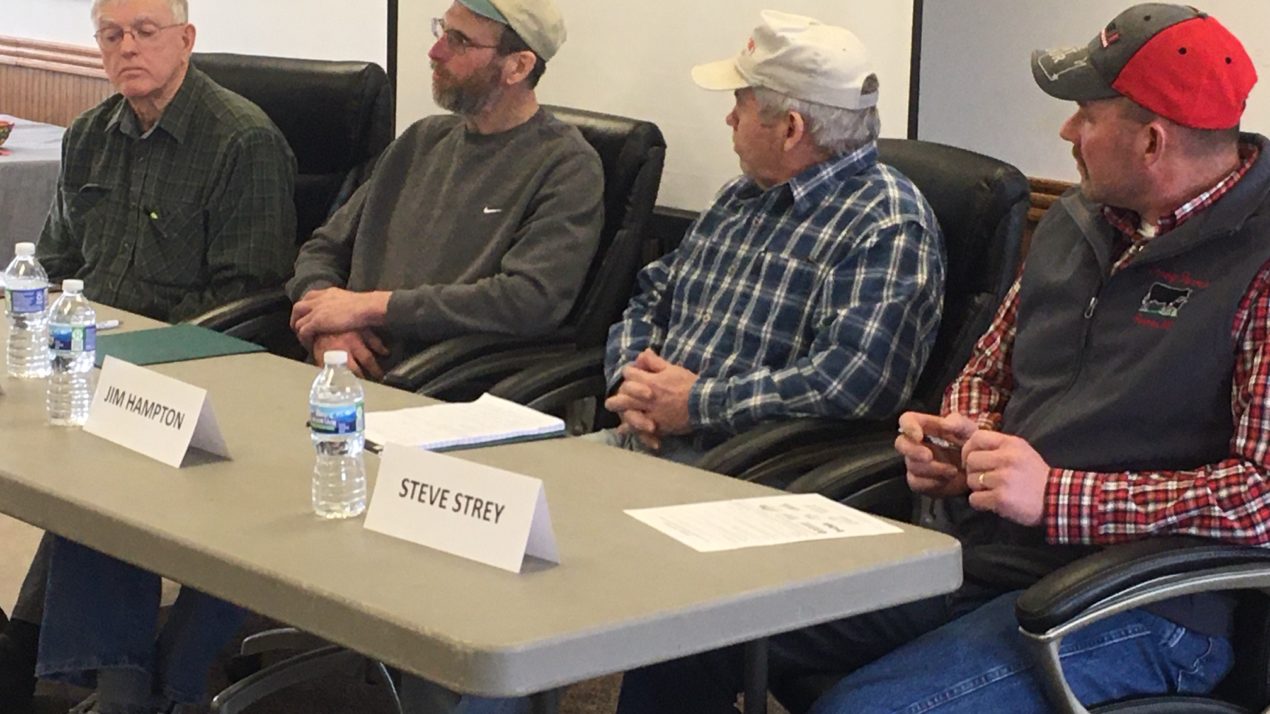 Soil health issues are more than working toward minimum-tillage or no-tillage planting, and isn’t about only cover-crops or managed grazing, a panel of Eau Claire County farmers advised during a recent conference about cover crops and healthy soils.

The farmers were participating in the Farming Profitably with Cover Crops and Healthy Soils session Feb. 12 at Augusta. It was one of a two-part series presented by the Eau Claire River Watershed Coalition.

“There’s no one cover crop that’s going to fix this problem or that problem,” said panelist Steve Strey. “It’s a system.”

Strey said that, even though research is showing that solid yields can be achieved while using no-till/limited-till and cover-crop systems, the profit is what counts. He added that profits certainly can be increased by using those systems.

“Yield isn’t what matters,” Strey said. “What matters is, if you make money.”

Eau Claire County land conservationist Greg Leonard said such systems are individualized, depending on what each farm is working to accomplish in terms of soil conservation, along with other concerns such as water conservation. There might even be a need for occasional uses of mold-board plows in some no-tillage or limited-tillage operations, he said.

Whatever the methods that fit into a farm’s system, the results of healthy soil and water can easily be seen in the environment and in profitability, according to panelist Joe Smith, a past winner of the Wisconsin Conservation Award.

Smith said his family saw their farm’s soil conservation efforts working in the Bears Grass Creek at the farm.

“When I was a young man, we caught trout out there by the buckets-full,” Smith said. “But the stream get filled with sediment and the fishing went away. And now, my grandsons in the past 10 years have caught trout in the stream.”

Hampton said the land is the biggest investment farmers make, and that protecting that investment simply makes sense.

Jason Cavadini, a University of Wisconsin researcher who works at the UW’s Marshfield Agricultural Research Station, said a challenge for farmers is to admit that past practices always haven’t been the right thing to do.

“We have to acknowledge that we always haven’t been right,” Cavadini said.

The research challenged farmers to seek the “holy grail” of working with the healthiest soil as possible. There long has been anecdotal evidence that limiting tillage and using cover crops is beneficial, but Cavadini said the research is becoming available to prove that it is.

Cavadini added that soil health is driven by its biology, and that farmers should understand all they can about that biology.