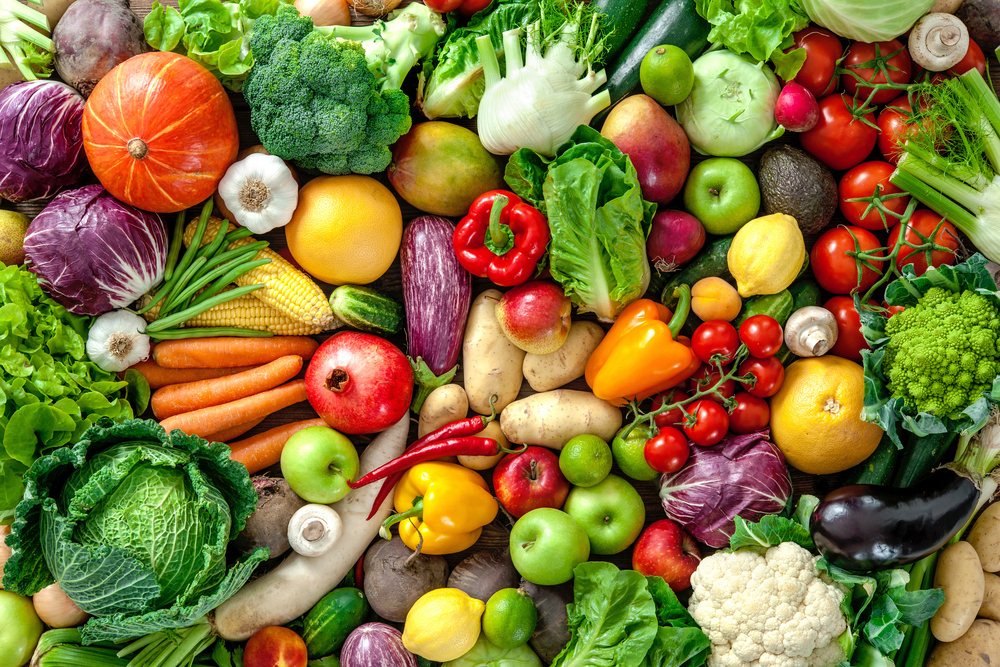 In addition to its annual Hall of Fame inductions, the Wisconsin Potato & Vegetable Growers Association (WPVGA) presented several other annual industry awards at a banquet held February 5, 2020, in Stevens Point.

Cliff and Carole Gagas of Gagas Farms Inc., Stevens Point, were named the WPVGA Volunteers of the Year. Cliff is a third-generation farmer, and Cliff and Carole’s son, Curtis, represents the fourth generation working on Gagas Farms, established in 1930. Carole started helping with bookkeeping at Gagas Farms about seven years ago. Carole was president of the Wisconsin Potato Growers Auxiliary Board for six years, and Cliff has been on the Wisconsin Potato Industry Board for many years, including a term as president of the Board. Cliff is also a past board member of the United Potato Growers of Wisconsin

As a member of the Auxiliary, Carole has been volunteering to serve baked potatoes at the Wisconsin State Fair since the mid-1980’s, and Cliff also volunteers when needed. In coordination with the Auxiliary, Cliff and Carole have been running the baked potato booth at the WPS Farm Show, in Oshkosh, since 2008, and have been baking potatoes many years for the annual Spud Bowl in Stevens Point.

Jeff Fassbender was named WPVGA Young Grower of the Year.Jeff is a fourth-generation farmer at Seidl Farms in Antigo. After graduating from Antigo High School, in 2008, Jeff went on to study Agribusiness at Fox Valley Technical College. He then returned to his family’s farm in Deerbrook where he resumed working and taking on new responsibilities over the next five years.

In February 2015, he lost his father and vice president of Seidl Farms to cancer. As his father’s successor, Jeff assumed the responsibilities of vice president later that year and remains in that role today. He is particularly proud of the farm’s reputation of producing clean, quality seed and takes pride in his role in the farm’s crop production plan, which includes an innovative nutrient management plan, producing healthy and sustainable crops.

Jeff is an active member of the seed potato industry, serving on the Wisconsin Seed Potato Improvement Association Board of Directors for the last four years. During that time, he has held many positions, including vice president, secretary/treasurer and promotions chair. Just last week, Jeff was elected to take over the role of president of the WSPIA. He is a member of the Wisconsin Potato & Vegetable Growers Association and the SpudPro Committee.

The WPVGA Researcher of the Year Award went to Dr. Paul Bethke,an associate professor in the University of Wisconsin-Madison Department of Horticulture. Dr. Bethke attended UW-Madison where he graduated with a degree in mechanical engineering. In 2006, Dr. Bethke joined the potato team in Madison as a researcher with the U.S. Department of Agriculture. His research is focused on how genetics and the environment influence potato tuber quality, especially as it relates to quality out of storage. His group is currently working on projects related to diploid potatoes, the appearance of red skinned potatoes, the formation and consequences of lenticels, aerial imaging, stem-end chip defect and potato virus Y.

The WPVGA Associate Division presented the Associate Division Business Person of the Year Award to Dale Bowe of Wisconsin Public Service. Dale grew up on a large dairy farm in Chippewa Falls, is a 1974 graduate of Chippewa Falls High School and holds a Bachelor of Arts degree in engineering from UW-Madison. He is a lifetime member of the Future Farmers of America and the Wisconsin Alumni Association, a member of the American Society of Agricultural Engineers, serves on the International Association for Electrical Inspectors, and is a graduate of the Portage County Business Council (PCBC) Foundation Leadership Program and the Wisconsin Rural Leadership Program. In 2011, he received the Outstanding Contribution to Agriculture Award from the PCBC. He has been employed by Wisconsin Public Service for 32 years, currently as a senior agriculture consultant.

Dale has been an outstanding volunteer for the WPVGA Associate Division for many years.  He has served two terms on the Associate Division Board of Directors and continues to serve on the WPVGA Water Task Force and the Spud Bowl Committee, and has helped the WPVGA governmental affairs efforts by volunteering to lobby in Madison as part of the annual Ag Day at the Capitol events.

He has also helped the WPVGA Promotions Committee by volunteering at Spudmobile events and does tremendous work each year in helping to coordinate the Oshkosh Farm Show. In July of 2019, Dale worked tirelessly when a major storm knocked out power throughout the potato and vegetable growing region. He was instrumental in helping to restore power for irrigation systems to avert a major crop failure.

The Agri-Communicator Award for excellence in communication and dedicated service in presenting a positive message about the agricultural industry was presented to the family of the late Jerry Knutson of Almond. Jerry was a 1983 graduate of Tri-County High School, attended Mid-State Technical College and took the Farm and Industry Short Course at UW-Madison. He treasured working on the family farm alongside his father.

In 2000, Jerry started Oasis Irrigation of Plainfield, becoming a successful owner and operator. He was instrumental in helping the potato and vegetable industry pass the recent high capacity well bill into Wisconsin law, testifying at the Wisconsin Senate hearing in Madison, and his testimony was outstanding. He received the most questions from the legislators and had intelligent answers for everything they asked. His effective communication went a long way toward convincing the legislature to pass that bill into law.

Jerry had many passions in his life and family was top on the list. He treasured having his three boys working by his side. He married Kathy Jo Wilson on August 13, 1994, and together they had four wonderful children, Chase, Lindsay, Dawson and Preston, all of whom accepted the award on his behalf. Jerry passed away on December 14, 2019, as a result of a snowmobile accident in Michigan. He was a great industry supporter and will be sadly missed.

2019 WPVGA Board President Wes Meddaugh of Heartland Farms, Hancock, later presented the President’s Award to his lovely wife, Jody Meddaugh, for all her love, support and guidance.

A special WPVGA Industry Appreciation Award was presented to Nick Laudenbach, president of Fencil Urethane Systems, Wisconsin Rapids, who has been with the company for over eight years. Owned by Nick’s father-in-law, Butch Fencil, Fencil Urethane Systems has been finding innovative solutions to meet the insulation needs of businesses and homeowners throughout Wisconsin since 1972.

Nick served on the WPVGA Associate Division Board for four years, including two as treasurer. As a member of the Board and as a liaison on the WPVGA Promotions Committee, Nick has helped plan and volunteered to work at the Associate Division Putt-Tato Open golf outings, the Grower Education Conference & Industry Show and the Hancock Field Days.

Married to Darci Laudenbach, the couple have a son, Cyrus, who’s nine years old, and a daughter, Cecilia, seven. Darci’s company, CC Graphics of Wisconsin Rapids, designed, printed and installed the new vehicle wrap on the Spudmobile. She says the Wisconsin potato industry has always been an important part of her family and family business.