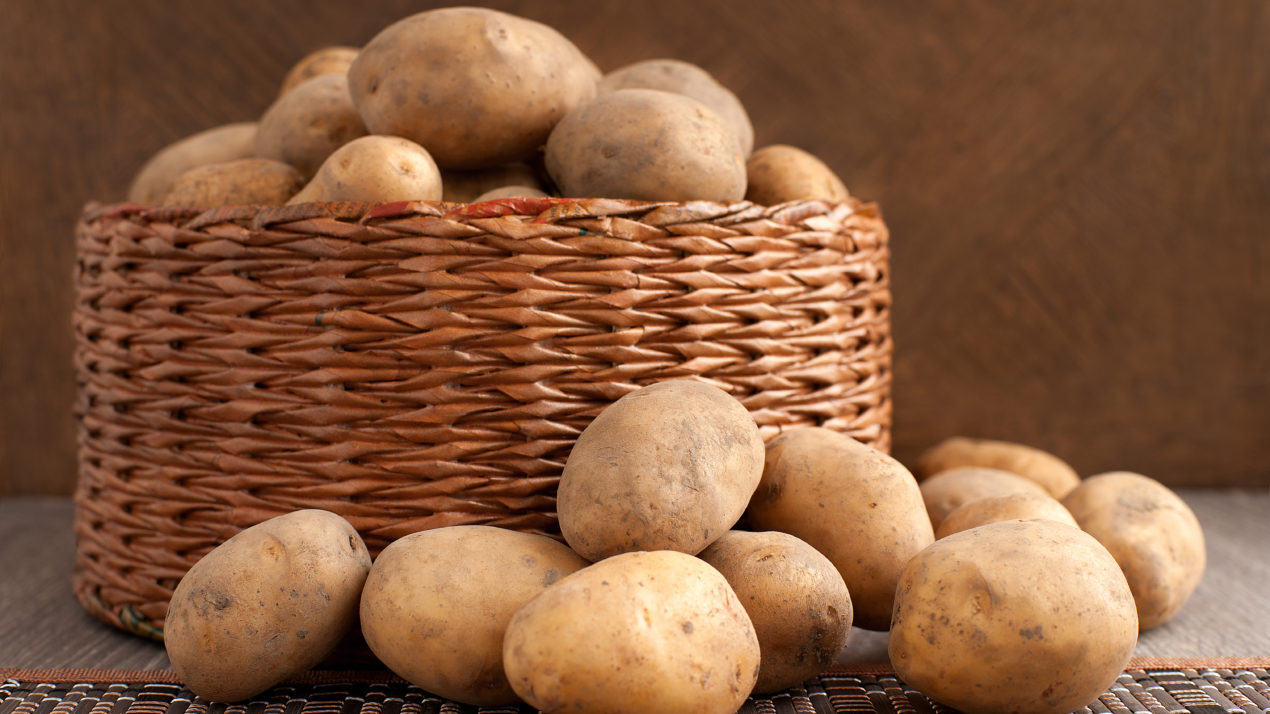 The Wisconsin Potato & Vegetable Growers Association (WPVGA) Hall of Fame honors lifetime achievement in the development of the state’s potato industry. It is the intention of the WPVGA to continue to honor individuals who have made significant contributions to the potato industry in Wisconsin by making annual Hall of Fame inductions.

Lawrence “Larry” Alsum serves as president and CEO of Alsum Farms & Produce, Inc., Friesland, Wisconsin. Larry grew up on his family’s rural Wisconsin dairy farm near Randolph and is the oldest of eight children. After graduating from Randolph High School, he attended the University of Wisconsin-Whitewater and graduated with a Bachelor of Business Administration degree in accounting.

In 1981, Larry became the general manager of Alsum Produce, Inc. after his cousin, Glen Alsum, who started the business in 1973, died tragically in a plane crash. This year, Larry will be completing his 39th year as president and CEO of the company.

Under Larry’s leadership, Alsum Farms & Produce has grown into an integrated group of companies involved in the production, packaging, marketing and shipping of potatoes and onions, and the wholesale distribution of a full line of fresh fruits and vegetables.

Larry feels privileged to continue his family’s farming tradition, with his current operation growing nearly 2,700 acres of potatoes along the lower Wisconsin River Valley in Arena and in the Central Sands region in Grand Marsh. Larry values the opportunity to work alongside his two daughters and their dedicated staff of 200 full-time employees.

In addition to his work at Alsum Farms & Produce, Larry has been involved in numerous professional organizations and served in leadership roles for the Wisconsin Potato & Vegetable Growers Association (WPVGA), National Potato Council, Potatoes USA and Wisconsin Institute of CPA’s. Larry is a past president of the WPVGA Board, past chairman of the Potatoes USA Board and most recently past president of the National Potato Council. Larry has also served on the school board, church council, as a Sunday school teacher, volunteer fireman, chamber of commerce and on the Second Harvesters (Madison food bank) advisory committee.

Larry’s favorite part about farming is working with great people and developing relationships with customers and suppliers. He also enjoys working in nature and seeing how we can interact to produce food in harmony with our environment and learning how to be good stewards of our soil, water and natural resources.

Larry and his wife, Paula, will celebrate 45 years of marriage this summer. They have been blessed with five children: Tim, Heidi, Wendy, Chad and Noah, and nine grandchildren. Larry enjoys biking, boating, triathlons and travel.

Richard W. “Dick” Okray was born October 24, 1958, in Stevens Point. The son of Joseph and Patricia Okray, he graduated in 1977 from Pacelli High School. In 1981, he taught English in Cali, Colombia, and in 1982, he graduated from UW-Stevens Point with Bachelor of Art degrees in economics and Spanish.

He has been employed since 1982 at Okray Family Farms in Plover, growing 7,750 acres of quality row crops in Central Wisconsin, specializing in fresh channel potatoes. His current title and position are president and sales.

The national potato industry has benefited greatly from the leadership of Dick Okray. He served on the Executive Committee of the U.S. Potato Board (now known as Potatoes USA) and has served as a potato industry ambassador from the United States, attending several of the World Potato Congress events in locations as far away as China, Scotland and New Zealand.

Dick served two terms, including one as chairman of the International Committee, for the U.S. Potato Board. He has also served on the Wisconsin Potato Industry Board since 2015, and currently holds the position of vice president of the WPIB. Last year, he became a board member of the Farming for the Future Foundation.

When asked about his awards and honors, Dick said, “I am honored to know so many great people in the best industry in the world.”

Dick has been married to his wife, Carol, for 36 years. They have three adult children, Xerxes, Hannah, and Max.