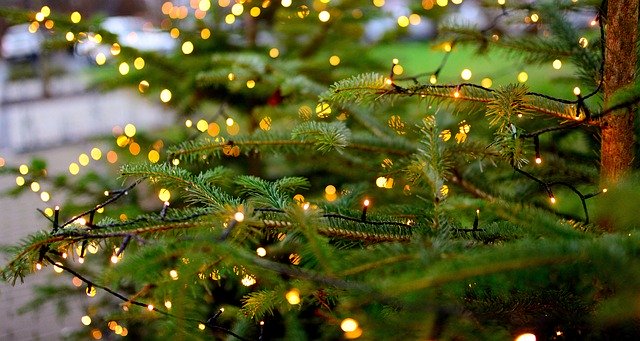 That real Christmas tree’s branches may have delighted us this holiday season, but as we prepare to pack away the tinsel and strings of lights, what is the proper way to dispose of that trusty tree?

Mark Abrahamson, plant protection division director at the Minnesota Department of Agriculture, said trees could be coming from other parts of the country and carry diseases or pests not native to the area.

“We don’t want them here, so the best idea is to dispose of that material properly, which means either using the local guidelines for pickup and disposal or if you don’t have that available, burning or putting in the trash,” Abrahamson said.

Abrahamson recommended against discarding trees outside and leaving them to sit into warmer months when problems could emerge.

Elongate hemlock scale are very small insects that secrete a waxy coating for defense and feed on the sap from hemlocks, firs, and spruces. They have piercing/sucking mouthparts they insert into the host plant for feeding. The scale can cause needles to yellow and fall off.

The gypsy moth has been another culprit of problems around the eastern United States, according to Abrahamson.

“The best bet is to buy local with many things,” Abrahamson said. “Grown in Minnesota to use in Minnesota is probably the best idea. Sometimes it is not easy to tell where things are coming from, you might have to ask.”

Anyone with questions about Christmas tree disposal can contact either their city or county to find out the process for where they live.