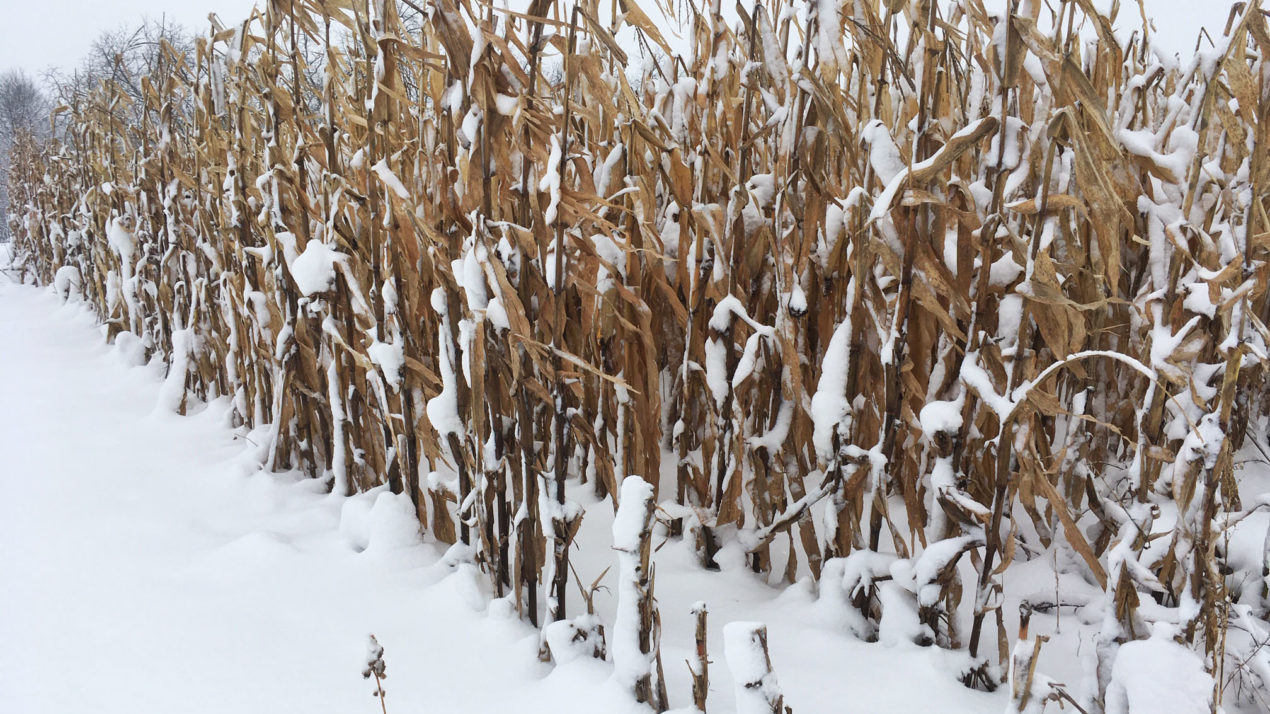 The past weekend’s snowfall in the northern two-thirds of Wisconsin isn’t expected to help with the harvest of corn and soybeans that still are in fields.

The U.S. Department of Agriculture’s National Agricultural Statistics Service is reporting that last weekend ended with 66 percent of Wisconsin’s corn is off the fields — well behind last year and the five-year average of over 90 percent harvested by now.

The north-central part of the state is the furthest behind with 42 percent of the corn combined.

State farmers have harvested 86 percent of their soybeans, behind the normal progress of 99 percent harvested by this time of the year. Farmers in the east-central and northeastern parts of the state are about three-quarters finished with their soybeans.

North Dakota farmers are the furthest behind with 36 percent of their corn off.

The soybean harvest is getting close to finished, as 96 percent of the
beans are in the bin — usually, 99 percent of the beans are off by now. Again the Upper Midwest is the furthest behind.